Straps in the construction industry 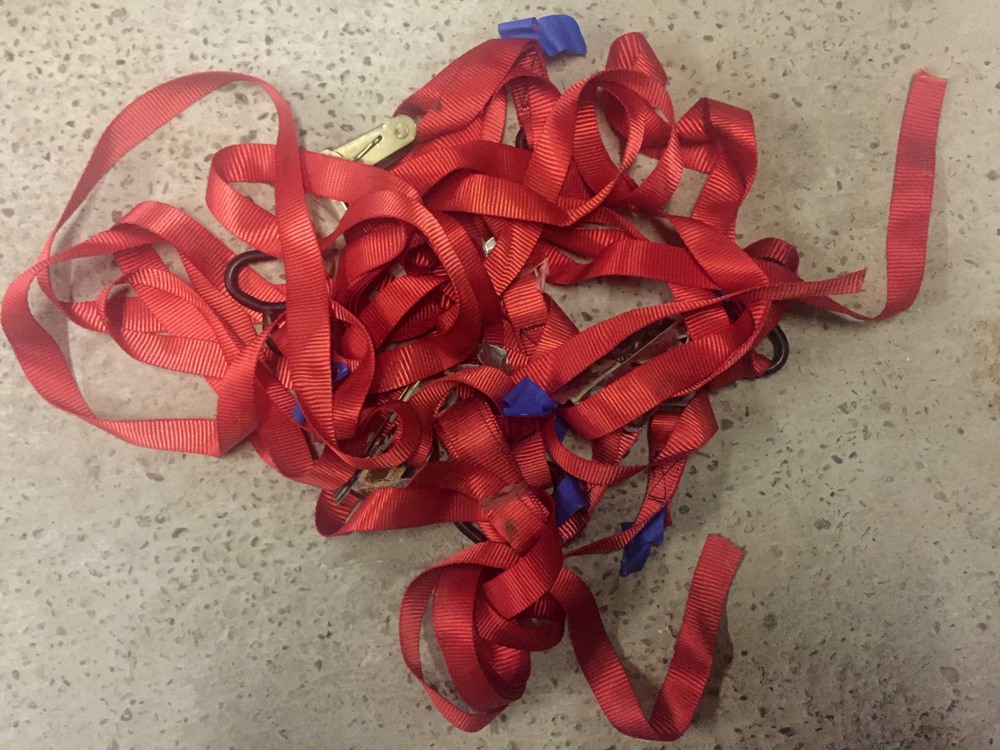 A strap (or strop) is ribbon-shaped device typically made from a fabric such as webbing, that can be used to attach items to one another, to bind items together or to secure items in a particular shape or place.

They are commonly used in the construction industry to secure items, particularly when they are being moved, as well as in packaging and lifting operations (where they may be referred to as a sling or may include a ratchet at one end and hook or loop at the other – referred to as a ratchet strap).

Within actual constructions, straps are often manufactured from metals such as galvanised steel, and used to secure items such as wall plates, joists and rafters, restraining them against lateral movement (sometimes referred to as restrain straps). Restraint straps come in a variety of pre-formed shapes which may include bends, twists and fixing holes, and unlike conventional straps may be relatively rigid.

Wire rope, used in tension structures may also sometimes be referred to as a strap.

Retrieved from "https://www.designingbuildings.co.uk/wiki/Straps_in_the_construction_industry"
Create an article