Risk of overheating in buildings 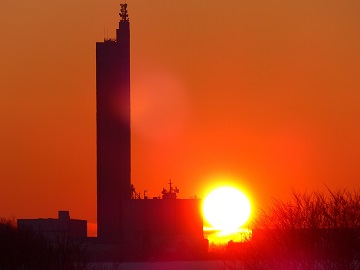 It is far from unusual to see reports referring to London’s overheating property market, although not in quite the literal way that a new Whitepaper by WSP | Parsons Brinckerhoff highlights.

‘Overheating in Homes: Keeping a growing population cool in summer’, published in October 2015 recommends that new measures are introduced, overhauling the building regulations, in order to tackle a problem that, as cities become hotter in the future, only looks set to worsen.

The report has built upon a ComRes survey commissioned by WSP PB published the previous month. The survey found that four out of five (83%) of Londoners suffered from overheating in their home on at least one occasion during this year’s summer. The survey also found that almost a third (31%) of those who suffered from overheating at night felt tired or unwell the following day.

Despite being better at protecting from the cold in winter, the report found that new-build homes, and in particular flats, were less successful in alleviating overheating than older homes.

Overheating has become an emerging issue due to factors including climate change, susceptibility to heat amongst an ageing population, insulation, air-tight construction, and the ‘urban heat island’ effect where metropolitan areas experience warmer temperatures than surrounding rural areas. Government figures show that around 2,000 deaths a year are attributable to heat.

According to the report, there is ‘overwhelming agreement’ that the Standard Assessment Procedure (SAP) is ‘inadequate’ at measuring the risk of overheating. The following steps are proposed to try and tackle the issue of overheating:

Author of the report Barny Evans, associate at WSP | Parsons Brinckerhoff, said: “Even as winter approaches overheating needs direct action. Current regulations rightly focus on stopping us feeling the cold, but we have yet to find the right solution to uncomfortably hot homes.

"This represents an opportunity to build better, more sustainable and ultimately more desirable homes. An increase in population and densification of our cities means we are more likely to live in flats in future, so we need to understand how to build these homes so that they are comfortable for residents now and in the future.”

Responding to the report, Association for the Conservation of Energy director Joanne Wade said: “Overheating isn’t a main issue now but will be increasingly important with climate change. The key thing is ventilation as well as insulation. We need to improve the quality of our building stock by making it properly insulated and properly ventilated.”

Retrieved from "https://www.designingbuildings.co.uk/wiki/Risk_of_overheating_in_buildings"
Create an article