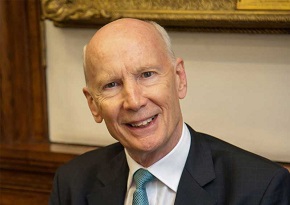 On 1st November 2017, it was announced that Professor Lord Robert Mair, whose civil engineering career spans over 40 years, would take over as ICE President.

Industry heavyweight Mair will officially take over from Professor Tim Broyd, becoming the 153rd President of ICE on 7 November 2017. With a big focus on the ICE 200 bicentenary, he will tour regional and international offices and help the public to recognise the direct impact that civil engineering has on all our lives.

Lord Mair's inaugural address to an audience of industry professionals and members carries the theme, 'Transforming Infrastructure, Transforming Lives – Building on 200 years'. He will also set out his objectives for his year of office.

Working alongside him during his year in office will be the President's Apprentices who participate in projects that help make a real contribution to the profession.

Robert Mair graduated in 1971 from Cambridge University, where he read Engineering at Clare College, and worked continuously in industry until 1998, except for a three year period in the late 1970's when he returned to Cambridge to work for his PhD on tunnelling in soft ground.

He was appointed Professor of Geotechnical Engineering at Cambridge University in 1998. He was the Sir Kirby Laing Professor of Civil Engineering 2011-2017, and Master of Jesus College 2001-2011. He was a Fellow of St John's College from 1998 to 2001.

He is also one of the founding Directors of the Geotechnical Consulting Group (GCG), an international consulting company based in London, started in 1983. He was appointed Chief Engineering Adviser to the Laing O'Rourke Group in 2011.

The President's Address is on November 7 at One Great George Street from 5pm – 8.30pm with his speech streamed live.

This article was originally published here by ICE on 1 Nov 2017. It was written by Simon Barney.

Retrieved from "https://www.designingbuildings.co.uk/wiki/Professor_Lord_Mair_to_become_ICE_President"
Create an article