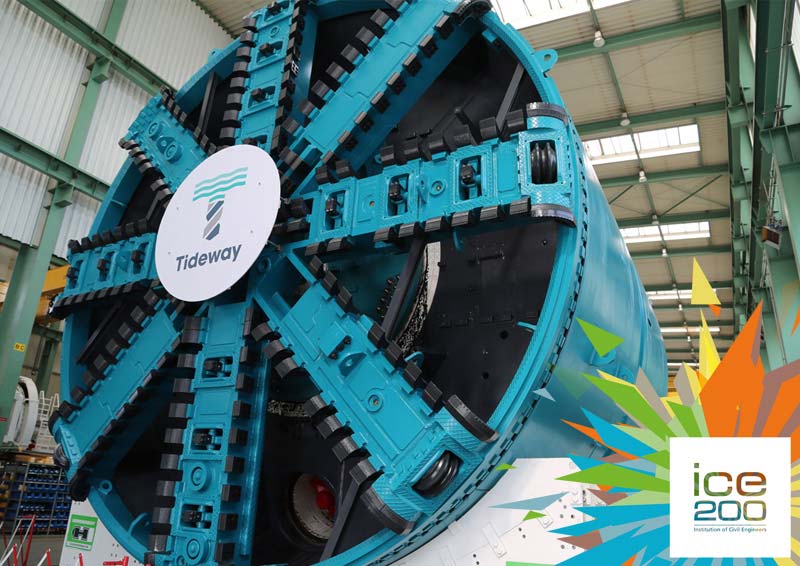 To mark ICE's 200th anniversary, and to support government's Year of Engineering, ICE is showcasing 200 inspirational, world-changing projects throughout 2018. Nominated by ICE members and selected by a panel of experts, the chosen 200 projects reflect the breadth, depth and impact of civil engineering achievement.

The first 20, unveiled today, include both historically significant and future-looking projects. They include:

"Our research has shown that the majority of both adults and young people don't know what a civil engineer does and most can't identify a single UK civil engineering project. We aim to change these perceptions with 200 People and Projects, explaining not just the importance of civil engineering but how it has directly transformed people's lives.

"The chosen projects showcase how civil engineering paved the way to modern life and how it continues to tackle the problems of today, safeguarding the future for generations to come. With the world facing unprecedented challenges, such as climate change and the pressures from a rapidly growing population, there has never been a greater need for civil engineers and the vital work they do."

Stephen Metcalfe MP, envoy for the Year of Engineering said:

"The Year of Engineering is a year-long campaign to widen the pool of young people who join the profession by inspiring them with the immense career possibilities so it is fantastic to have the support of ICE.

"With Year of Engineering and ICE 200's People and Projects running in parallel during 2018 I hope that we will soon see more and more young people choosing a rewarding career in engineering."

Throughout 2018, 20 projects a month will be added to the ICE website. The 200 projects will also be published as a coffee table book at the end of 2018.

This article was originally published here by ICE on 15th January 2018. It was written by Simon Barney.

Retrieved from "https://www.designingbuildings.co.uk/wiki/ICE_200"
Create an article