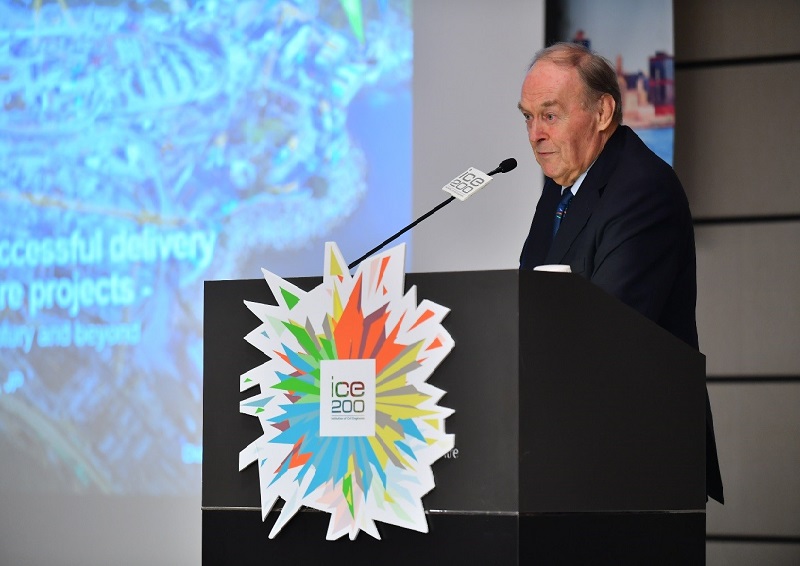 Hong Kong has the best infrastructure design, delivery and asset management of the past and present – and potentially in the future, too, according to a railway engineering expert.

James Blake, OBE, GBS, former director of the Kowloon-Canton Railway Corporation (KCRC), gave this message to an audience of over 400 people at a ICE200 Distinguished Lecture in the city on 30 August 2018.

"Hong Kong’s infrastructure development has been consistently recognised for their project performance and construction efficiency. Infrastructure in Hong Kong is ranked the first by the World Economic Forum for eight consecutive years,” he said.

Mr Blake said that Hong Kong had achieved its reputation thanks to three factors: projects are fit for purpose, command and control, and trust and transparency.

He used his lecture to highlight how Hong Kong has successfully delivered sophisticated and modern infrastructure between the 1980s to the 2000s - and challenged engineers to build on past achievements. ­­

Major civil engineering projects in Hong Kong include the Victoria Harbour area treatment, one of the 200 projects highlighted to celebrate the ICE's 200th anniversary.

The panel, comprising Mr Blake, CS Wai, managing director of Urban Renewal Authority, Thomas Ho, chief executive of Gammon Construction, and Ken Ho, ICE Hong Kong chairman, said there was a need to continue to improve command and control, as well as trust and transparency, within the industry. They also talked about how the industry can promote more innovation.

This article was originally published on 19 Sept 2018 by ICE. It was written by Eva Kong.

Retrieved from "https://www.designingbuildings.co.uk/wiki/ICE200_Distinguished_Lecture_-_Hong_Kong"
Create an article