The Conservative Party manifesto for the 2015 general election, included a committed to create ‘…an ambitious programme of pocket parks – small areas of inviting public space where people can enjoy relief from the hustle and bustle of city streets”. 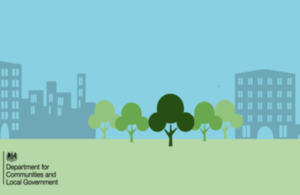 This was intended to draw more people outside, give resident more space to relax and to get together with their neighbours, to grow food and provide a safe space for children to play.

A prospectus was published in November 2015, allowing community groups within deprived urban areas to apply for part of a £1.5 million dedicated fund to help them establish pocket parks.

It described pocket parks as ‘…the definition of a pocket park used by the Mayor of London: a piece of land of up to 0.4 hectares (although many are around 0.02 hectares, the size of a tennis court) which may already be under grass but which is unused, undeveloped or derelict.”

Applications from urban areas where there are significantly deprived wards were prioritised in the assessment of bids.

On 15 February 2016, the Department for Communities and Local Government and Communities Secretary Greg Clark MP announced that 87 neglected urban spaces had been selected and would be given help to transform into ‘green oases’. The successful community groups were allocated grants of up to £15,000. Ref https://www.gov.uk/government/news/green-light-given-to-over-80-pocket-parks

Greg Clark, said: “Parks and green spaces breathe life into our bustling towns and cities providing communities with precious spaces to get together, exercise and play. Our funding will benefit urban areas with few green spaces, delivering on the government’s manifesto commitment to deliver pocket parks across our country. These winning bids all have a strong community focus at the core of their plans and their designers have thought up highly creative ideas to turn unloved urban spaces into the green lungs of their communities that will be enjoyed for years to come.”

Graham Duxbury, Groundwork Chief Executive, said: “Every year Groundwork helps hundreds of thousands of people of all ages to organise and work together to protect, preserve, improve or create green spaces on their doorstep. We’re delighted the government is supporting communities and councils to do more. For many local groups, improving the park at the end of their street is the first step in getting much more involved in how their neighbourhood is run.”

Retrieved from "https://www.designingbuildings.co.uk/wiki/Pocket_park"
Create an article