Filtering Facepieces (FFP) are disposable Respiratory Protective Equipment (RPE) for protection against dust, particles and aerosols. They are available in three classes: FFP1, FFP2 and FFP3, with the higher numbers corresponding to better filtering efficiency.

In January 2017, the Health and Safety Executive (HSE) launched RR1087 - Market surveillance of FFP3 disposable respirators, a report describing testing of 10 FFP3 respirator models from 10 manufacturers to determine whether they meet the health and safety performance requirements of EN149:2001+A1:2009.

FFP3 face masks are used in applications such as the protection of construction workers from silicon dust and to protect workers from general airborne dusts generated within the plant and process industries. There are up to 10,000 new cases of lung and workplace respiratory diseases reported each year, and so the correct selection and use of respiratory protective equipment is extremely important. However, while all the masks tested were CE marked, just five passed all the tests with no faults or failures:

Some of these problems should be picked up by an adequately trained operator during their pre-use checks, but faults such as leakage through filtering materials would only have been picked up if the operator was fit tested with the mask in question.

Alan Gilbert, BSRIA Instrument Solutions General Manager, said BSRIA “…will be following closely how industry will respond to this piece of research. Likewise any future policing of the equipment being sold as well as information being provided to the purchaser regarding the need for fit-testing to ensure suitability.” 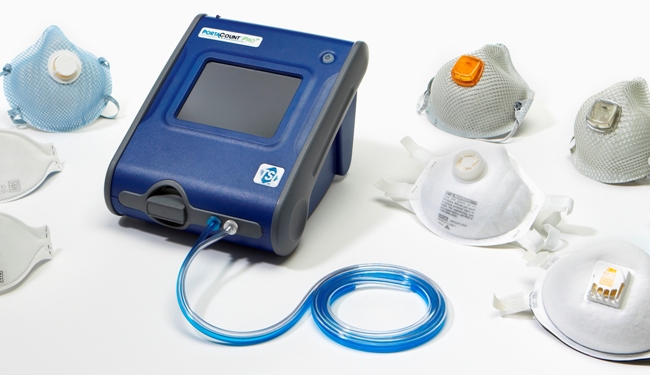 Retrieved from "https://www.designingbuildings.co.uk/wiki/Performance_of_FFP3_disposable_respirators"
Create an article