NRM3: Order of cost estimating and cost planning for building maintenance works, defines 'present value' as '...the cost or benefit in the future discounted back to some base date, usually the present day, at a given compound interest rate'.

The formula for calculating NPV is as follows:

A construction project has initial costs of £1.7m. It is expected to generate the following cash inflow:

Without applying discounts for depreciation, the NPV of the project is:

Without discounting there is sufficient economic justification for the project to go ahead.

Discounting is a way of comparing the value of costs and benefits over different time periods relative to their present values. Money is worth less in the future than it is in the present because of its reduced capacity for generating a return, such as interest, and because of inflation. Discounting is a means of assessing how much less an amount is worth in the future than it is now.

As property development and construction generally face significant costs over long periods of time, they are particularly susceptible to discount rate sensitivity.

With a 5% discount rate applied to the example project, the NPV becomes:

So there is still economic justification for the project to go ahead. However, if the discount rate is increased to 10% the NPV is:

In this scenario there appears not to be economic justification for the project to go ahead.

Understanding NPV can help assess whether to proceed with a project, how profitability compares with alternative investments, or may help negotiate down prices.

As an analysis tool, NPV has a number of drawbacks: 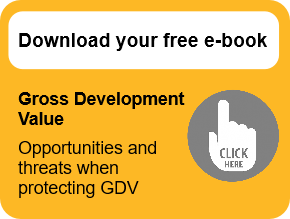 Retrieved from "https://www.designingbuildings.co.uk/wiki/Net_Present_Value"
Create an article

Our duty to prevent harm and protect each other.

The drivers of value and how it is measured.