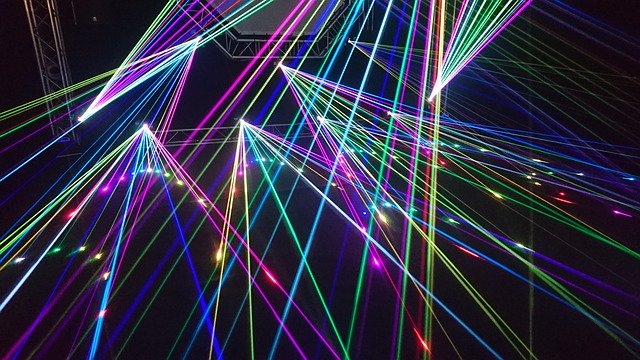 Laser is an acronym which stands for Light Amplification by Stimulated Emission of Radiation. This derives from the fact that a laser stimulates the use of electromagnetic radiation and emits a narrow, concentrated beam of light that can be focused on to a tight spot and directed to serve various functions. When a laser operates, it produces a laser beam.

As early as 1916, Albert Einstein mooted the possibility of the stimulated emission of radiation; then in 1958, the core theory around lasers was formulated by Charles Townes and Arthur Schawlow. However, the first working laser was created in 1960 by Theodore Harold Maiman working for the Hughes Research Laboratories in California, US.

Originally existing largely in the realm of science fiction, lasers have today become common in all walks of life, including telecommunications, CD/DVD players, weapon systems and precision cutting. They have also become popular in the public imagination due to their use for special visual effects in light shows, theatres and concerts.

Lasers can also be used to carry large amounts of information (more so than radio waves), focussed to provide intense power and have become common in surgical procedures and scientific research. They can travel over large distances and are used in satellite communications. The light emitted by a laser is spatially coherent, which means it can remain narrow over large distances

Laser scanning provides a robust method for surveying inaccessible surfaces as well as complex geometries. It collects surface data using a laser scanner which captures the precise distance of densely-scanned points over a given object at rapid speed. The process is commonly referred to as a point cloud survey or as light detection and ranging (LIDAR, a combination of the words 'light' and 'radar'). It can be used to generate 3D imagery that can be converted for use in 3D computer aided design (CAD) modelling or building information modelling (BIM). LIDAR has become invaluable for surveying existing properties for retrofitting and refurbishment. For more information see: LIDAR.

Helicopters and drones can use laser scanning to record the exact details of topography, existing structures and townscapes. For more information see: Drone.

Lasers can also be used to measure distances and levels and to help in the setting out of construction works. For more information see: Surveying instruments.

In the manufacture of construction products, lasers are likely to be used for precision cutting, drilling and welding.