Global construction market projections from 2020 to 2030 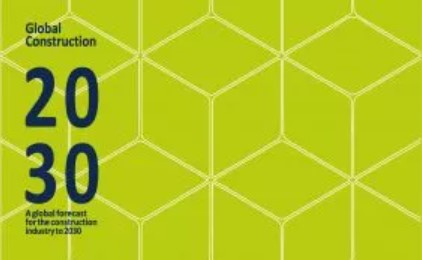 For the construction industry, 2020 was a better year than for many other industries according to the Global Construction 2030 report, published in January 2021.

The volume of global construction output declined by only around 2% in 2020, less than half the rate of decline in the world economy. Construction was categorised as an essential industry in most countries, enabling it to continue working during lockdowns. Also, "work at home" orders encouraged people to invest more in improvements to their own houses.

Construction is likely to underperform the global economy in future years, particularly as it experiences the consequences of stretched public finances. This comes despite many countries announcing plans to increase investment in infrastructure.

As the world recovers from COVID, construction volumes are expected to increase globally by an average of 3.2% a year. Double-digit percentage increases are expected in seven countries and declines are anticipated in three countries (all of which are in Europe).

It is estimated that the value of global construction output in US dollars (at constant exchange rates and in 2020 prices) will increase from $11.6 trillion in 2020 to around $14.8 trillion in 2030.

China is expected to remain the largest construction market globally, but to decline in importance from 32% of the global total in 2020 to 29.2% in 2030. Japan's contribution to the total is anticipated to decline from 7% in 2020 to 5.4% in 2030. At this point, India is expected to overtake Japan to become the third largest construction market globally.

Around 43 million new homes will be required each year globally between 2020 and 2030, with 11 million of these being in India, 7 million in China, 2 million in Nigeria and 1.5 million in the US. Brazil, Pakistan and Indonesia are also each expected to require more than a million new homes every year.

Separate forecasts have been published for housing, non-housing and infrastructure work for 63 of the 90 countries.

Retrieved from "https://www.designingbuildings.co.uk/wiki/Global_construction_market_projections_from_2020_to_2030"
Create an article