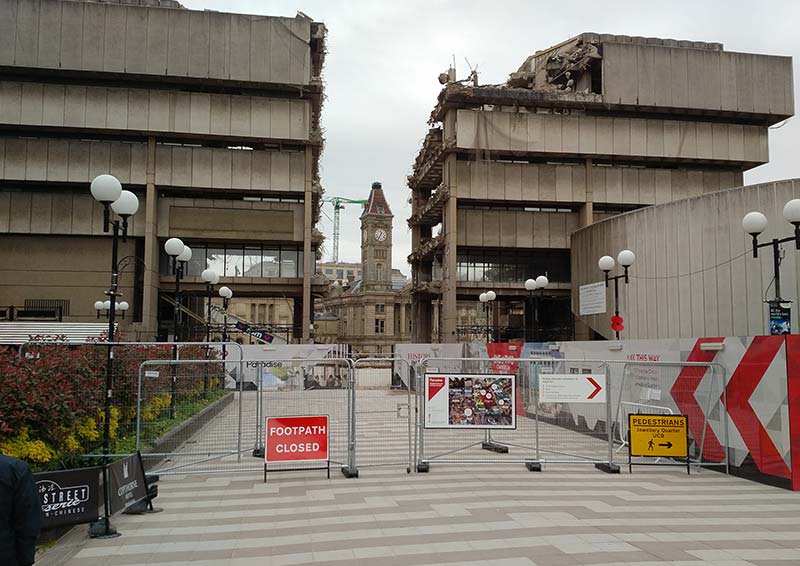 Since the opening of the new library, designed by Dutch architecture firm Mecanoo, and the closure of Paradise Circus, the old Birmingham Central Library had sat as a stark reminder of the Brutalist 1960/70's architecture. Though popular with architects, engineers and urban planners of the time, it was viewed by the public as a blot on the urban landscape.

Designed by Birmingham based architect, John Madin, and opened in 1974, the building had always divided opinion. The Prince of Wales himself was reported as describing the building as "a place where books are incinerated, rather than kept".

But why was it ever popular? Why did its designers think that this was how a city should look? Or, was its demolition a mistake and would the city's patrons live to regret the destruction of this urban asset? 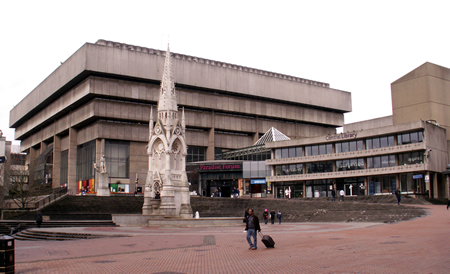 The answer to why this monolith was built, lies in the thinking inspired by urban-designers such as Le Corbusier, that 'ornamental' design should be rejected in favour of 'minimalism'.

Modernism thus became the dominant global movement in 20th century architecture and design, and is associated with an analytical approach to the function of buildings, a strictly rational use of materials, an openness to structural innovation, and the elimination of ornament.

Birmingham Central Library was characteristic of the architecture of this period, in its display of rough unfinished concrete surfaces; unusual shapes; heavy-looking materials; massive forms; and small windows in relation to its other parts.

Many argue that the function of this design was not 'wrong', but failure to adhere to the original plans. There have been suggestions made that when the Central Library was designed in 1969, subsequent cutbacks attenuated Madin's original proposals: the stone demoted to pre-cast concrete, the surrounding civic centre, which was a key component of the design, never left the drawing board.

The bus interchange was built but never used. The striking and cavernous central atrium proved windy, cold and damp, so was soon enclosed by glass and colonised by tatty fast food restaurants. Only one of the seven planned water gardens was built. It was never finished.

In contrast, a more successful example of this philosophy was the Barbican centre in Central London, which remains a highly desirable location to live and visit.

However, the fact remains that the city wanted to project a different image of itself. One that was befitting of a modern and enterprising city. With the opening of a new tram extension to the new Grand Central Station, not to mention the redevelopment of Birmingham's Eastside Quarter, as an outsider, it certainly seems to be heading in the right direction.

The demolition of the library is to make way for a multi-million-pound scheme of offices and retail to open up the city centre and create a new cultural landscape. So although some may mourn the loss of this great building, there may not be that many others who have shed a tear.

This article was originally published as 'Deconstructing a landmark' by ICE on 19 Aug 2016. It was written by Adam Kirkup.

Retrieved from "https://www.designingbuildings.co.uk/wiki/Birmingham_Central_Library_demolition"
Create an article