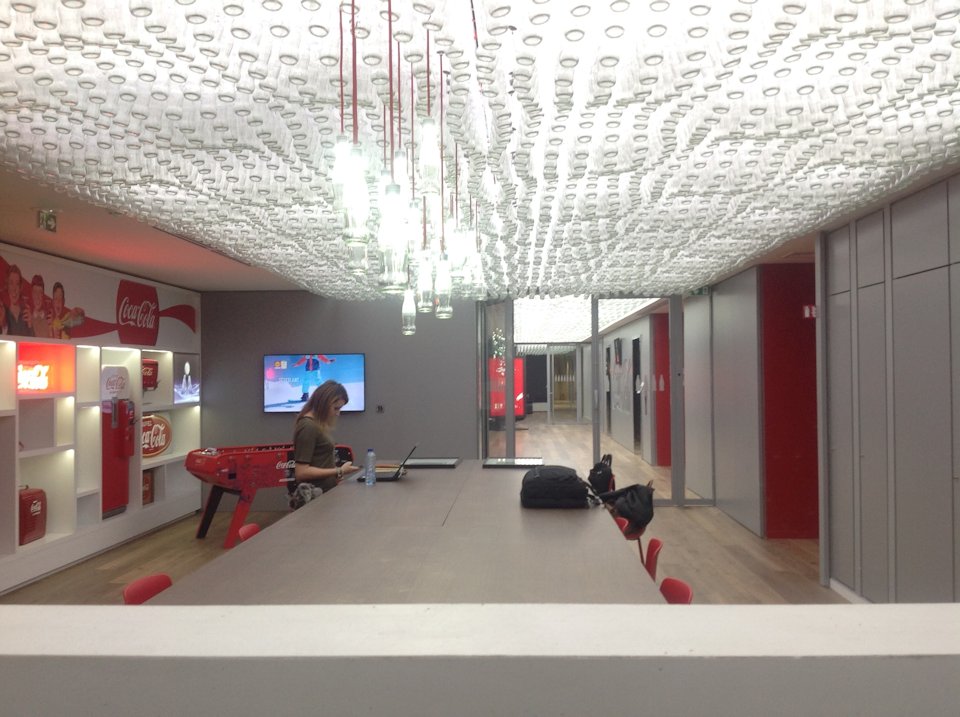 In January 2015, Coca-Cola Enterprise and Coca-Cola France moved into Noda, a 22,100 sq. m. office development by Wereldhave in the Issy-les-Moulineaux district, on the banks of the River Seine in Paris. Wereldhave had already achieved a 93.2 % BREEAM Outstanding rating for the shell of the building, and Coca-Cola set out match this with the fit-out of the office space.

Sustainability, wellbeing and creativity were pinpointed as the priorities by Coca-Cola France.

Sophie Digard, Director of Human Resources, at Coca-Cola France said, “Our offices reflect the values of Coca-Cola: wellness, creativity, innovation and sparkle… We paid particular attention to providing our employees with offices that support their individual wellbeing through the selection of materials, work spaces and recreational areas. Our offices are places where it is good to work together. They are brought to life with works of art and objects from the Coca-Cola collection which inspires us to create, think differently and innovate”.

Features of this approach include: 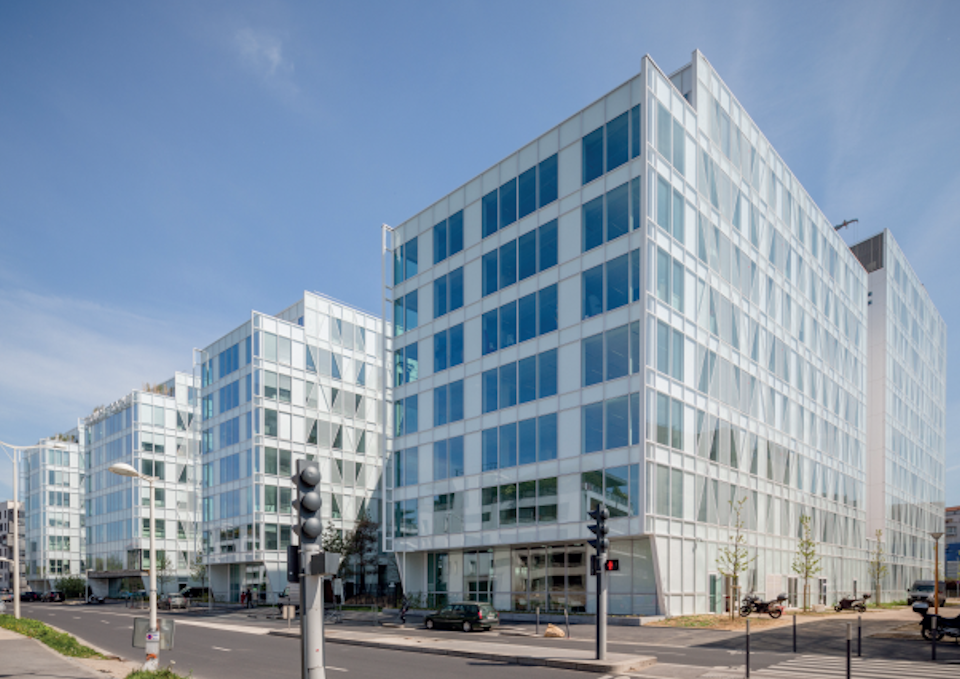 A BREEAM Outstanding rating was achieved for the shell of the Noda building by investor Wereldhave. As a modern sustainable office building it has many innovative facilities such as geothermal energy, wind turbines, solar lighting, water recycling, cool beams, solar thermal hot water and so on.

Noda’s accessibility is also a strength, with the metro and RER station nearby. Office workers also have access to electric car plugs, bicycle storage with lockers and showers and car sharing. There is also a traffic jam information system that has been installed in the building’s lift system.

The ‘green’ quality of Noda is also apparent the landscaping and ecology of its surroundings. The common areas offer a large variety of plants and fruit trees. The gardens provide meeting points for sunny summer days.

Noda has proven to be a welcoming area for its occupants, including Coca-Cola. Noda offers two large areas for catering and meetings, including a conference room. There is also a roof deck fitted with a vegetable garden. Employees can have meetings here, or relax during breaks, with unique views over Paris and Saint-Germain.

This article was contributed by --BRE Buzz

Retrieved from "https://www.designingbuildings.co.uk/wiki/Wellbeing_and_creativity_in_workplace_design_-_case_studies"
Create an article