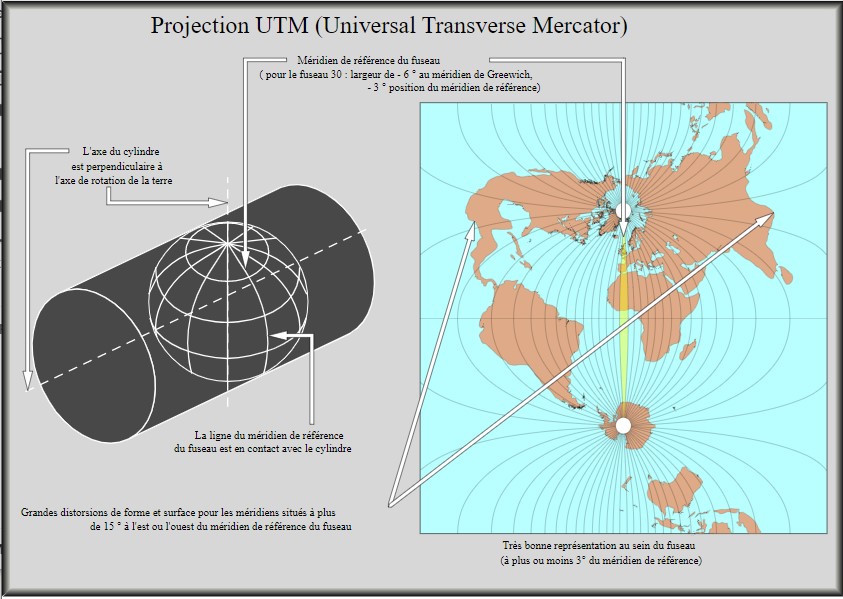 Landsat is a joint mission of NASA and the U.S. Geological Survey (USGS) and is a part of the National Land Imaging (NLI) Program.

The Landsat glossary defines universal transverse mercator (UTM) projection as: “A widely used map projection that employs a series of identical projections around the world in the mid-latitude areas, each spanning six degrees of longitude and oriented to a meridian. This projection is characterised by its conformality; that is, it preserves angular relationships and scale and it easily allows a rectangular grid to be superimposed on it. Many worldwide topographic and planimetric maps at scales ranging between 1:24,000 and 1:250,000 use this projection.”

Retrieved from "https://www.designingbuildings.co.uk/wiki/Universal_transverse_mercator_projection"
Create an article