The Properties of Compression Springs

Compression springs are the most commonly-used type of spring as well as the most economical, making it an important spring within the manufacturing industry. Aside from manufacturing, they are also used in a range of other industries including:

Compression springs can sometimes be confused with torsion springs due to their similarities in appearance; however, they are designed to do very different things. 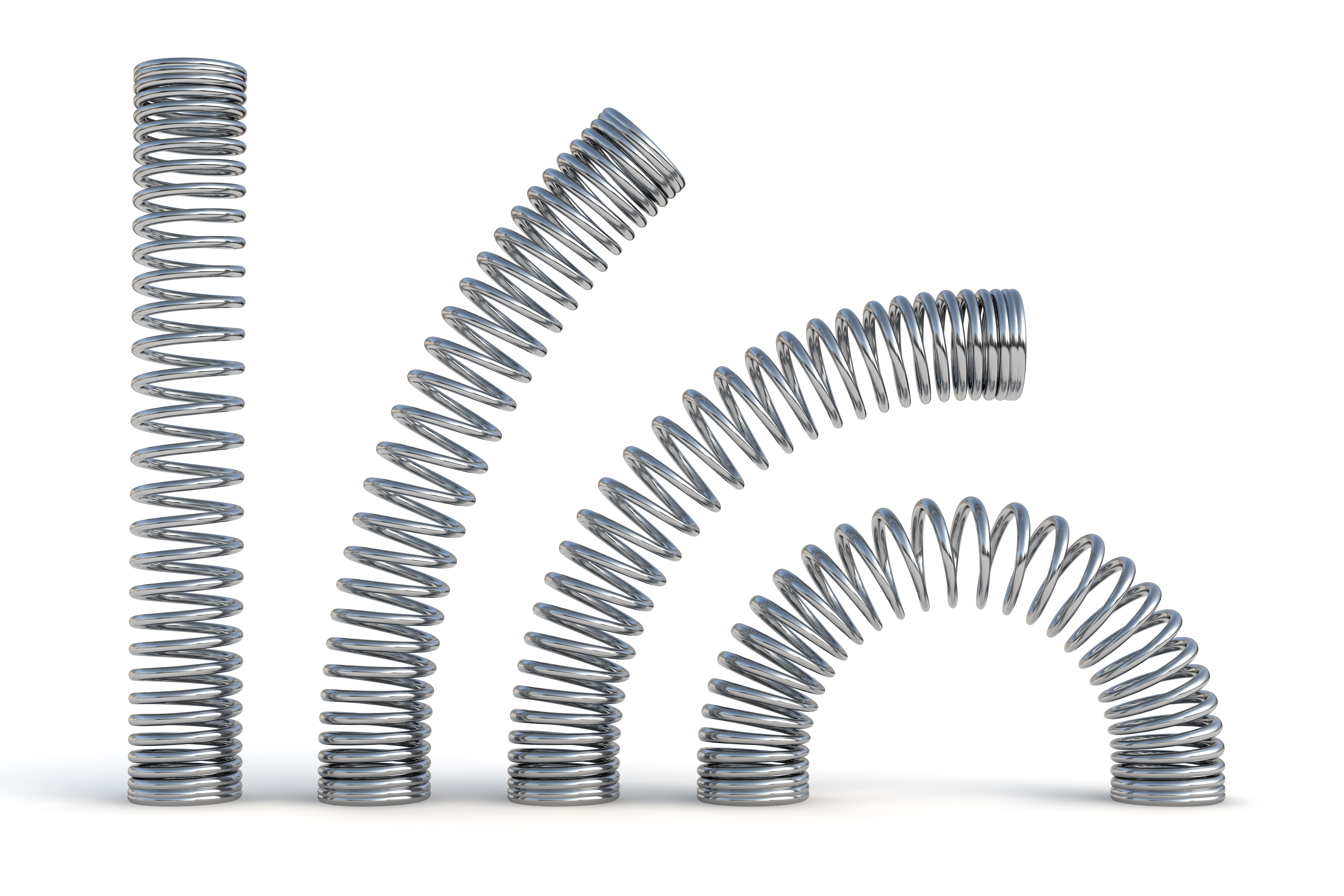 [edit] What Is a compression spring?

Compression springs are open-coiled springs wound into a helical shape. They are designed to offer resistance to a compressive force applied axially, meaning that they push back when force is applied to them. Helically-wound compression springs are the most common configuration and have an extensive range of uses.

Compression springs can be formed in many different types such as:

They are typically positioned over a rod or fitted into a hole. When subject to pressure by weight on their axis, the spring compresses. As it does this, it gains the potential to push back to its original position.

[edit] History of use

These first compression springs were used in door locks in the 18th century to ensure that only one specific type of key could be used to unlock a door. They were later used in the first spring-powered clock that evolved into the first watches of the 16th century.

In 1676, British physicist Robert Hooke postulated Hooke’s law, which states that the exertion of a spring is proportional to the load applied to it, so long as this load does not exceed the material’s elastic limit.

Compression springs are typically made from metal due to the stiffness of the material, particularly high strength alloys. A compression spring is fully extended when at rest. However, upon compression, the spring will express stored torsional energy in a pushing force. The shape-restoring force is proportional to the deflected distance of the spring.

Compression springs have many different purposes and functions. Probably the most famous use of a compression spring is the pogo stick. Thought to be originally patented in 1891, it rose to popularity in the 1970s, loved by children around the world.

Some more common uses of compression springs that we come across every day include:

Being the most common type of spring, the bulk of those manufactured are used in engineering, the defence industry and in vehicles.

Retrieved from "https://www.designingbuildings.co.uk/wiki/The_Properties_of_Compression_Springs"
Create an article