The report shows clear evidence that attitudes to new housing are changing with a generally more positive response than in previous surveys. The key findings of the report are reproduced below.

Opposition fell across all age, tenure and income subgroups and among respondents living in different types of areas. However, home owners, those living in small cities and towns and in rural areas were still more likely to be opposed than renters and those living in large cities.

When respondents who were not supportive of new homes were asked which of the potential benefits from new housing would make them more supportive, they most commonly selected more employment opportunities (17 per cent), more low cost homeownership (11 per cent) and more or improved medical facilities (11 per cent).

When all respondents were asked if they would be more supportive of new homes if the “government provided local councils with more money to spend on local services for every new home built”, almost half (47 per cent) said this would make them more supportive.

When asked “if the government brought in changes so that when people from a local community come together to get involved in planning for new development, that community can receive extra money to be spent locally”, 57 per cent said this would make them more supportive.

Thirty-eight per cent of respondents agreed whether they support new homes being built in their local area “depended on their design”. Forty-eight per cent agreed that “properties built in the last decade were better or much better designed, in terms of their external appearance, compared to those built around 20 or 30 years ago”. Twenty-seven per cent thought design was worse or much worse. 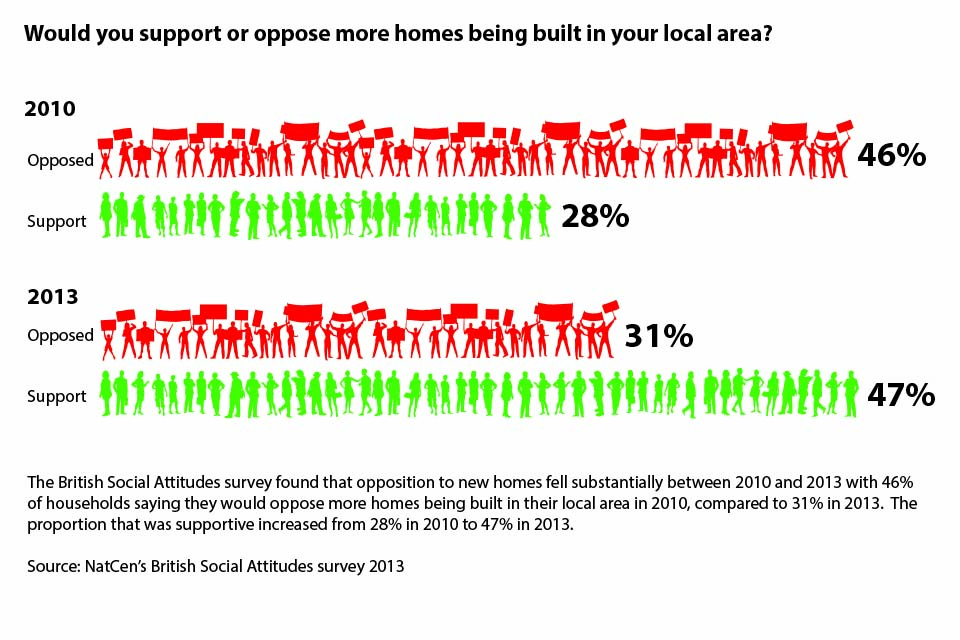 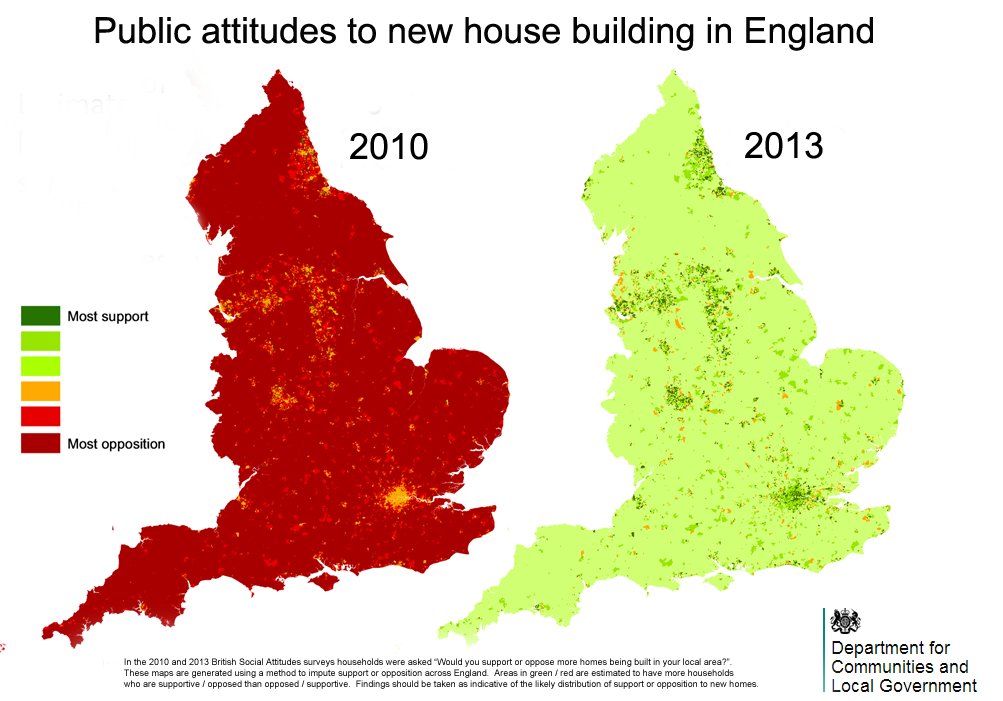 Retrieved from "https://www.designingbuildings.co.uk/wiki/Public_attitudes_to_new_house_building:_Findings_from_the_2013_British_Social_Attitudes_Survey"
Create an article