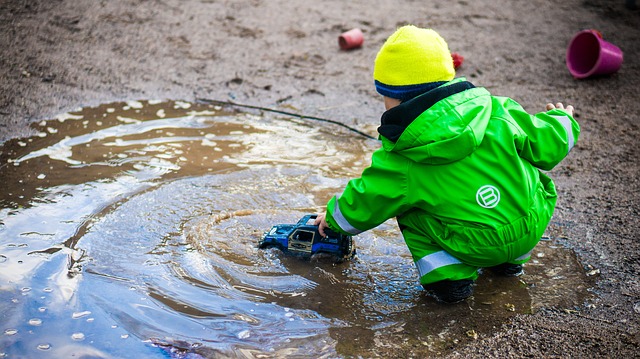 In civil engineering, the term ‘ponding’ typically refers to the collection of standing water at the ground surface due to the presence of an impermeable layer within the soil. Ref The HS2 London-West Midlands Environmental Statement, Glossary of terms and list of abbreviations, DETR 2013.

It can also refer to the collection of water on an impermeable surface such as a roof, road or pavement where the fall is insufficient to allow surface water runoff, or where drainage is inadequate.

In extreme cases, ponding can be a sign of developing defect, such as settlement, structural movement or even the development of a sinkhole.

Typically ponding is considered to be an undesirable or unintended accumulation of water, unlike a water feature such as a pond, which is intentional. Ponding can cause damage, such as water penetration into buildings, defects on flat roofs and so on. However, it is typically less damaging that floods, which are generally larger in scale than ponding, which tends to be more shallow and localised.

Retrieved from "https://www.designingbuildings.co.uk/wiki/Ponding_water"
Create an article