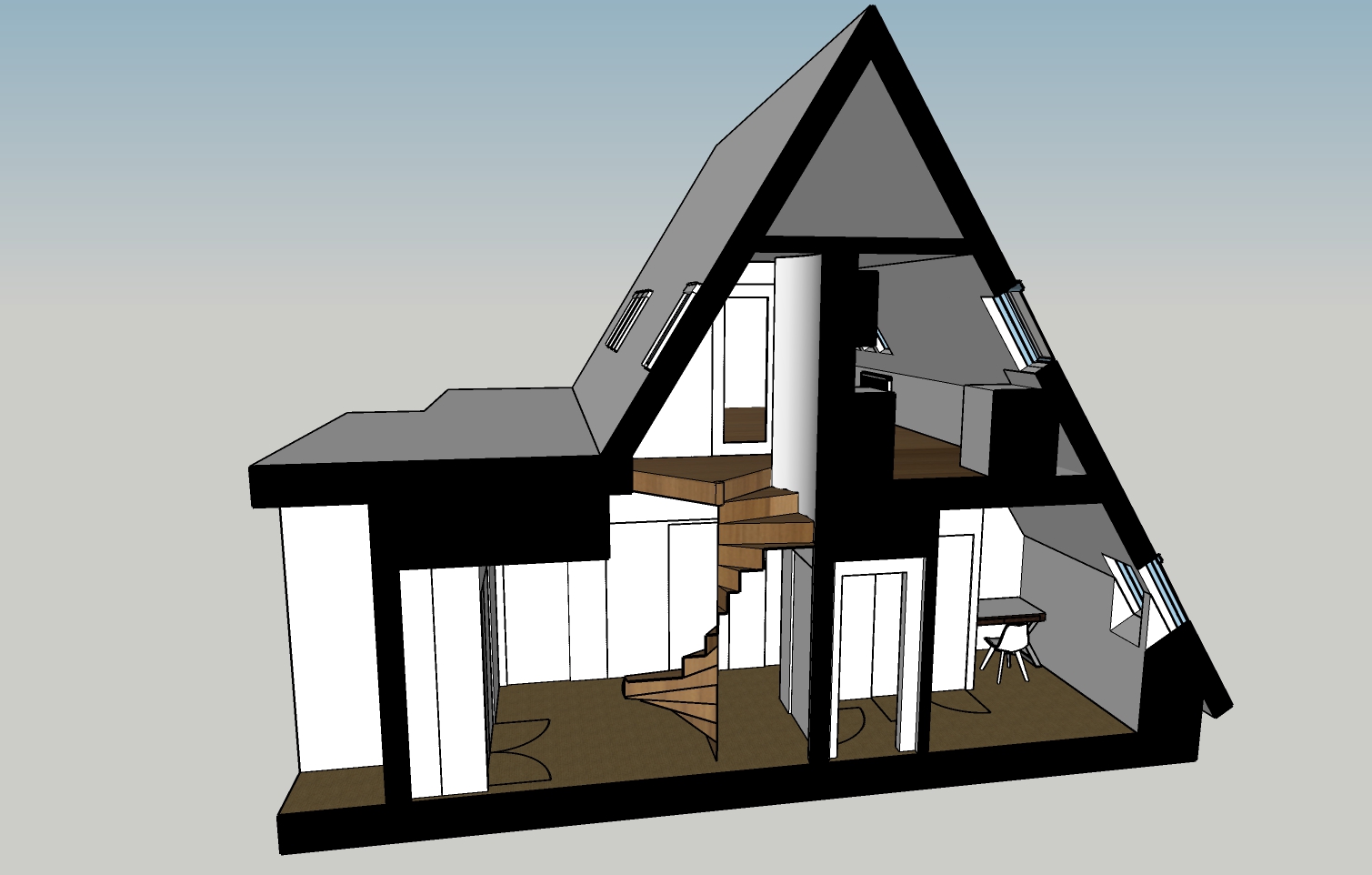 The term poche (or poche’ in French) refers to areas on architectural drawings that are filled, hatched or shaded to indicate that they slice through a component (generally, but not always solid), such as a column, beam, floor and so on. This technique is typically used to simplify and clarify sections or plans cut through buildings or other assets, helping distinguish between occupiable space and non-occupiable or solid areas.

The word is derived from from the French past participle of ‘pocher’, meaning to sketch roughly.

Recesses in solid walls may be referred to as poche’ spaces.

Retrieved from "https://www.designingbuildings.co.uk/wiki/Poche"
Create an article