Noble Ambitions: the fall and rise of the post-war country house 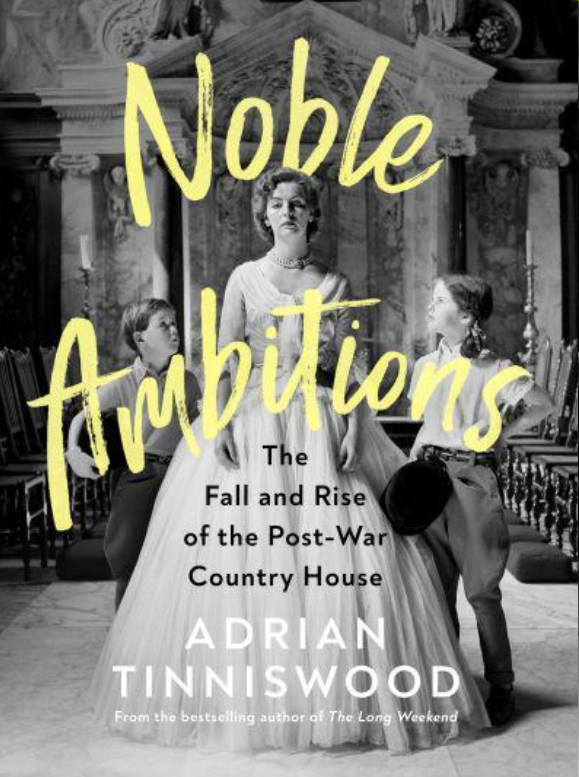 As the author notes in his introduction, ‘the English country house… is a remarkably resilient beast’. In recent years there has been a growing number of books about the vicissitudes that it has faced over the course of the turbulent 20th century, some of them written by Tinniswood himself. None are as delightfully gossipy as his latest offering, which charts the crisis of the country house in the years immediately after the end of the second world war. It is a continuation of his earlier volume, which explored life in the country house between the wars (The Long Weekend, 2016) and adopts the same approach, combining the testimony offered by memoirs and contemporary literature to provide a vivid social history of the privileged classes who owned and enjoyed them.

Although the houses themselves provide the essential background and their diverse architectural significance is succinctly sketched, it is the rich variety of the personal characters of the owners and their guests which illuminates the narrative. The evocative illustrations which complement the anecdotal prose are drawn from the society pages of Tatler and Vogue as well as Country Life. Each chapter is structured around an individual story to introduce the broad theme of extraordinary social change which marked the period from wartime requisition to the seminal exhibition on the destruction of the country house at the Victoria and Albert Museum in 1974.

The crisis that emerged in the years of post-war austerity at a time of strictly controlled building licences and punitive taxation was exacerbated by a shortage of domestic help and the declining influence of the hereditary aristocracy in response to a socialist government. It was only at the beginning of the 1950s that the owners began to rally by exploiting the commercial potential of opening their estates to the general public. Led by the Marquess of Bath at Longleat and the Duke of Bedford at Woburn, a further impetus was given by the Gowers Report… on Houses of Outstanding Historic or Architectural Interest, which provided government funding for the first time in return for public access.

The resurgence of the country house way of life was partly fuelled by the interaction between business success and breeding, although the relationship was not always an easy one, as the saga of Sir Bernard and Lady Norah Docker in the chapter entitled ‘U meets Non-U’ makes abundantly clear.

The glittering attraction of social life in the country for those who were accepted into high society is vividly captured in chapters which describe the hedonistic delights of parties, balls and exclusive country pursuits such as hunting and shooting. They were recorded by well-connected photographers like Lord Lichfield and Anthony Armstrong-Jones, who were themselves participants, and the events often took place in rooms newly decorated by fashionable designers such as David Hicks and John Fowler.

The impact of Swinging London of the 1960s on traditional rural values is covered extensively, and the sex scandals surrounding Lord Montagu, the Duchess of Argyll, John Profumo and many others are described with gusto. The fortunes made in films, the popular music industry and by Anglophile American businessmen were often invested in country estates, and the contribution of a diverse band of new country house owners such as the Beatles, the Rolling Stones, Dirk Bogarde and John Paul Getty is duly recognised.

Such a rich tapestry of characters makes for a highly enjoyable narrative. It concludes with the rise of the conservation movement in the 1970s and the sentiment that ‘the country house wasn’t dying. It was just adapting to a changing world’. It is a gripping story which Tinniswood tells with a sardonic sense of humour. He makes a strong case to justify his subtitle and leaves the reader hoping for a further volume to cover the subsequent half century of change with a similar broad-ranging approach.

His book does not supersede the more sober academic study by Peter Mandler, published as long ago as 1997 with the similar optimistic title of The Fall and Rise of the Stately Home. It complements it to offer a further dimension. At a time when the origins of the wealth that created so many country estates is being questioned, the book provides a valuable social context for their post-war importance.

This article originally appeared as ‘High society’ in the Institute of Historic Building Conservation’s (IHBC’s) Context 171, published in March 2022. It was written by Malcolm Airs, emeritus professor of conservation and the historic environment, Oxford University.

Retrieved from "https://www.designingbuildings.co.uk/wiki/Noble_Ambitions:_the_fall_and_rise_of_the_post-war_country_house"
Create an article