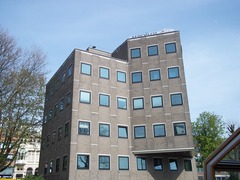 When taking out an insurance policy, it might seem tempting to minimise the risk insured against with a view to reducing the premium. However, a recent High Court case concerning a catastrophic property fire showed why absolute frankness is required.

The case of Dalecroft Properties Limited v Underwriters [2017], concerned a five-storey mixed commercial and residential property that was so severely damaged by a fire that it had to be demolished.

Its owners claimed a seven-figure sum from their insurers, but the latter refused to pay on the basis that various features of the property had been misrepresented to them.

When applying for the insurance, the owners had described the property as in good repair. However, the Court noted evidence that, among other things, many of its windows were broken or falling out and that its roof leaked.

The owners’ assertions that the property did not have a flat roof and had not been subject to malicious acts of vandalism were also substantially incorrect.

In refusing to order the insurers to indemnify the owners for their loss, the Court noted that the latter had made no real effort to fairly represent the risk. Had they done so, the insurers would probably have declined cover.

In the circumstances, the insurers were entitled to avoid the policy and tender the return of the premium.

Retrieved from "https://www.designingbuildings.co.uk/wiki/Misrepresentation_and_insurance"
Create an article