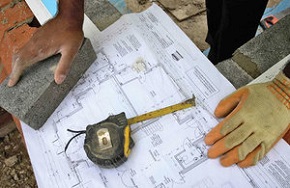 In October 2018, an independent review of the barriers to house building was published, with recommendations that a new set of planning rules should be introduced for sites with more than 1,500 homes to increase the rate of build out.

Led by Sir Oliver Letwin, the review was originally announced in the Autumn Budget 2017 and set up by the Ministry of Housing, Communities and Local Government (MHCLG).

The final report highlighted that in 2017, 217,000 new homes were delivered, and that if the government is to achieve their stated aim of delivering 300,000 new home a year, a number of steps need be taken.

In the interim report, Letwin had said there was ‘no evidence’ that major developers were carrying out landbanking, and instead pointed to the delivery of too many identical properties on large sites, and the limits to how quickly they can be sold, being the fundamental reason behind the slow build out rate.

The recommendations in the final report include

Rt. Hon. Sir Oliver Letwin MP said; "I found that the main reason developers are slow to complete building on large sites is that there is only a limited demand each year for the highly uniform properties they are building on those sites. My final report sets out some policy levers that government can use to increase the variety of homes on sites, so they can be built out more quickly."

Retrieved from "https://www.designingbuildings.co.uk/wiki/Independent_review_of_build_out:_final_report"
Create an article