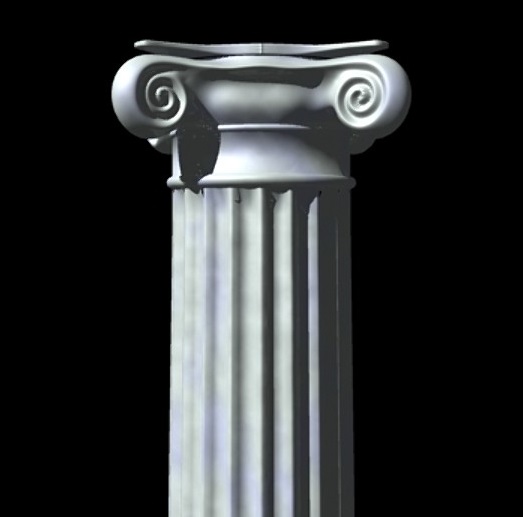 Fluting, also known as reeding, is a series of regular, concave grooves or convex ridges running vertically or spirally along a surface. Typically, the term ‘fluting’ refers to the grooves found on a column shaft or pilaster.

Fluting features prominently in classical architecture; used in the columns of all the classical orders other the Tuscan. The Doric order has 20 grooves per column, while the Ionic, Corinthian and Composite orders have 24.

It is believed that fluting may have originated from the earliest columns of the Greeks which were made from tree trunks. Vertical gouges were left when the bark was shaved off the trunks. When they began using stone for columns, they continued to form gouges because they gave the columns a taller and more slender appearance. Fluting was also widely adopted for the feeling of rhythm which it gave to the columns and building composition, something that was considered important in particular by temple architects.

A variation is cabled fluting in which the flutes are partly filled by a small, cylindrical moulding or bead. This decorative feature typically does not extend higher than one-third of the height of the column shaft.

Retrieved from "https://www.designingbuildings.co.uk/wiki/Fluting"
Create an article