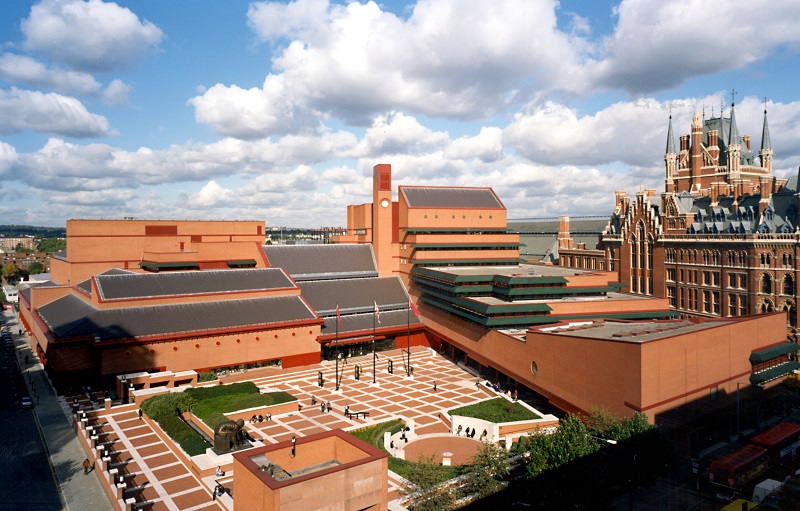 In April 2017, it was announced that Rogers Stirk Harbour + Partners (RSHP) have been appointed to design an extension to the British Library. The new structure is to be built on a 2.8 acre site to the north of the Grade 1 Listed building at St. Pancras in London.

The development will comprise 100,000 sq. ft of new library space for learning, exhibitions and public use, including a new northern entrance, as well as a bespoke headquarters for the Alan Turing Institute, the national centre for data science research.

The development will also include new commercial space at the heart of London's Knowledge Quarter, close to the Francis Crick Institute and the other knowledge-based companies, research organisations, amenities and the transport links at King’s Cross and St Pancras.

The site will be developed with the property developers Stanhope, a consortium that was appointed following a competitive dialogue procurement process that began in late-2015.

Stanhope is backed by strong financial partners and current projects include the regeneration of Television Centre, White City.

Senior Partner at RSHP, Graham Stirk, who is RSHP’s design lead on the project said: "RSHP is very proud to be involved in assisting the British Library to achieve its vision to create a more open and accessible campus that will maintain its prominence for the future. We look forward to working as part of a wider team to support and enhance the library’s position within this exciting and evolving international centre of knowledge in the heart of London."

Retrieved from "https://www.designingbuildings.co.uk/wiki/British_Library_extension"
Create an article