After just three months we’ve reached an amazing milestone: our 400th article, and it’s one that everyone should read.

Mike Davies, one of the founding partners of Rogers Stirk Harbour + Partners (RSHP) has written a fascinating article about concept design. 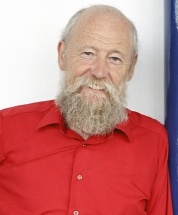 Mike has been at RSHP since the 1970s when he worked on the Pompidou Centre in Paris. More recently he was project director for the Millennium Dome and for Terminal 5 at Heathrow Airport. Mike is currently project director for Grand Paris. In 2000, he was awarded a CBE for services to architecture.

In this exclusive article, Mike describes the architectural design process as, ‘one of life’s rewarding activities, it is an adventure.’ He says that, ‘Concept design is seldom a Eureka moment where a single idea pops into the head which resolves everything. It is virtually always a series of iterative explorations, a testing of ideas, resulting in a satisfactory resolution of often conflicting criteria, whether aesthetic, organisational, technical, financial, social or contextual.’

If you’re not already, follow us on Twitter @DesigningB to be kept up to date with the latest additions to the site and to share your feedback with us.

Retrieved from "https://www.designingbuildings.co.uk/wiki/Article_400_-_Mike_Davies_on_concept_design"
Create an article