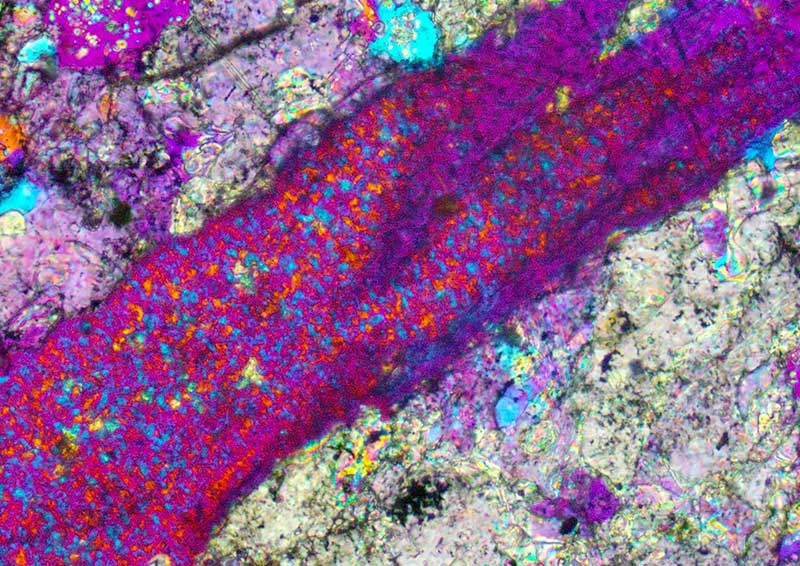 The dominance of Portland cement concrete as the world's pre-eminent structural material developed during the 19th century and continued throughout the 20th century and retains that position today.

However, the material had a 'guilty secret' that was only revealed by research in the USA during the 1930s. In some circumstances, an expansive reaction can gradually occur between aggregate constituents and alkaline hydroxides from the cement, causing damage to the hardened concrete within structures.

This has become known as 'alkali-aggregate reaction' (AAR), or most commonly and more specifically, 'alkali-silica reaction' (ASR). This AAR family of mechanisms is by no means the most frequently encountered threat to concrete durability or the serviceability of structures, but it can be a serious issue when it occurs.

It has continued to fascinate concrete research scientists and engineers ever since its first published description, some 76 years ago.

[edit] Getting to grips with AAR

Over more than 40 years, I have been privileged to witness practising engineers and applied scientists getting to grips with AAR worldwide. I believe we now understand the several reactions, including how to recognise them in existing structures and manage the situation, but crucially also including how to determine any possible AAR potential in new works and take effective precautionary measures.

However, challenges remain, especially as appreciation of the potential threat from AAR is not universally or equally appreciated everywhere in the world, and we are still finding types of structure that behave exceptionally. Overall, the prospects are encouraging for both a declining incidence of AAR damage and successful approaches to management and/or repair of affected cases.

This article was originally published by ICE on 30 June 2016. It was written by Simon Fullalove. You can see the original article here.

Retrieved from "https://www.designingbuildings.co.uk/wiki/Alkali-aggregate_reaction_(AAR)"
Create an article