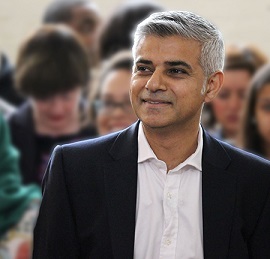 On 6th September 2017, Mayor of London Sadiq Khan revealed his plans for intervention in the land market by empowering a team of ‘deal makers’ to buy and prepare sites for new and affordable homes.

Trialling his draft housing strategy for London, Khan has allocated an initial £250 million, with the money generated from land sales to housebuilders being reinvested to buy further land.

As part of his Homes for Londoners team, the deal makers will be able to use City Hall’s statutory powers, including Compulsory Purchase Orders, to secure land to unlock affordable housing opportunities.

The £250 million will come from a new land fund, to be used alongside the £3.15 billion affordable housing fund the government allocated to London in the 2016 Autumn Statement.

The Mayor has also exerted his power on planning, refusing permission for the £1bn residential redevelopment of the New Scotland Yard site, as just 3% was allocated as affordable housing.

“From £250 million to kick-start my plans to secure more land for new and affordable homes, to a new model and fairer deal for millions of private renters, I want to help all Londoners facing the housing crisis.

"I will use my powers and resources to their fullest extent, but the government needs to play its part too by giving London the powers and resources we need to see an even greater step change in the number of homes being built. This launch marks the start of a three-month consultation – I want as many Londoners as possible to let me know their views on how we can improve housing in London.”

The launch marks the start of a three-month consultation.

Retrieved from "https://www.designingbuildings.co.uk/wiki/Draft_housing_strategy_for_London_2017"
Create an article