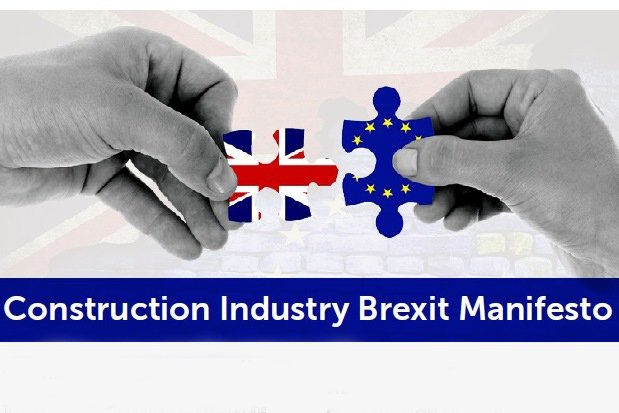 On 29 November 2017, seven of the UK’s major construction trade bodies joined forces to publish the Construction Industry Brexit Manifesto. Warning the government not to jump over a Brexit ‘cliff edge’ on the matter of EU workers, the bodies set out their vision of the sector’s responsibilities and requirements in a post-Brexit labour market.

The manifesto calls for a transition period of at least 2 years, followed by a migration system that serves and provides the required skills. The manifesto commits the trade bodies to recruit and retrain more UK workers, but it recognises that this is a slow process and skilled EU construction workers will continue to be needed in the meantime.

The seven trade bodies are:

The manifesto makes 12 recommendations to the government and industry:

Retrieved from "https://www.designingbuildings.co.uk/wiki/Construction_industry_Brexit_manifesto"
Create an article