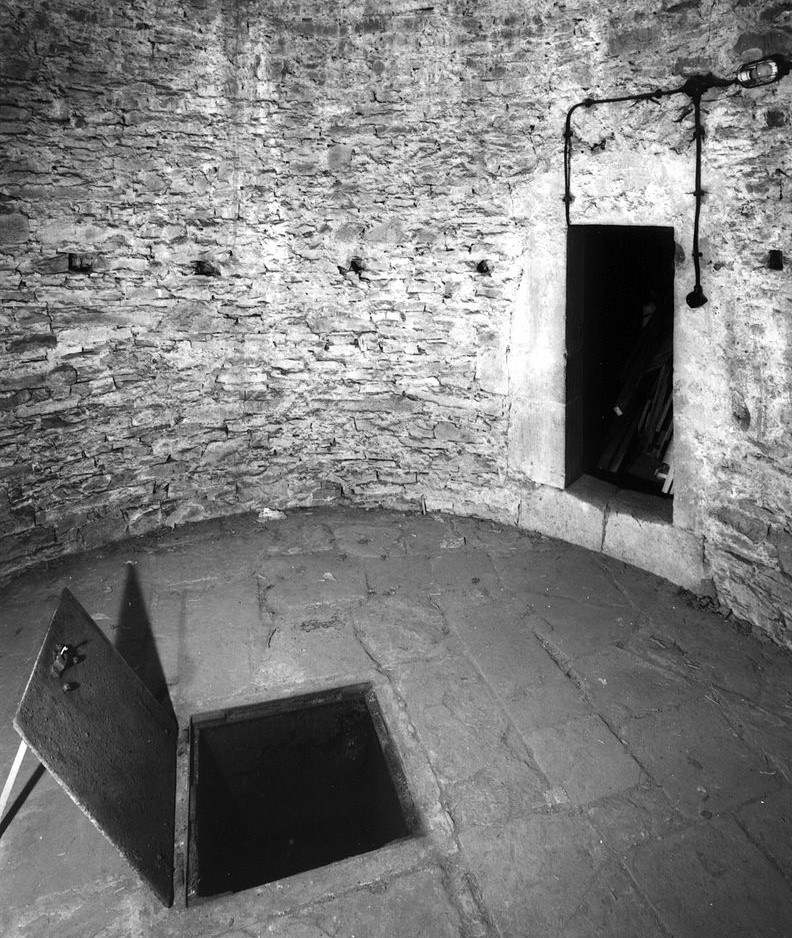 An angstloch (also known as hole of fear) is a hatch or door used to access a dungeon or oubliette. This doorway in the floor would have been created in medieval castles, forts or towers.

Although most frequently thought of as dungeons for prisoners, many of these underground rooms may have actually been used as storage spaces for ammunition or for valuables.

The 14th century Sigmundsried Castle, located near Ried im Oberinntal, Austria, is a three-storey tower which once served as a prison. During that period, its underground room was referred to as angstloch. The building was later converted into a hunting lodge and then adapted as a warehouse. Since 2014, it has served as a cultural attraction. Tours of the castle include an exhibition of the angstloch outfitted as an authentic prison cell.

Retrieved from "https://www.designingbuildings.co.uk/wiki/Angstloch"
Create an article