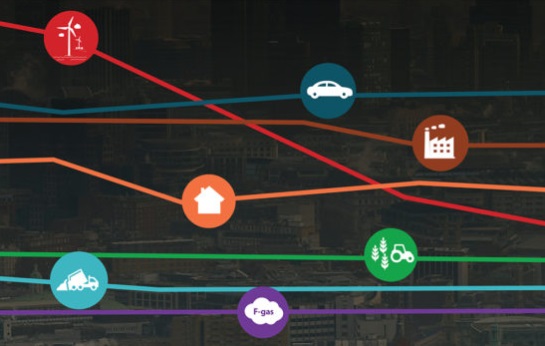 The annual report of the Committee on Climate Change (CCC) was published on 28 June 2018, and included strong criticism for the housebuilding industry which ‘should be ashamed’ of its efforts to tackle global warming.

CCC’s ‘Reducing UK emissions: 2018 Progress Report to Parliament’ found the UK is on course to miss its legally binding carbon budgets in 2025 and 2030. This is primarily due to a lack of progress in cutting emissions from buildings and transport, as well as government ignoring or failing to explore options such as onshore wind, home insulation and tree-planting.

While the report shows that overall emissions have declined by 43% compared to the 1990 baseline, this is largely due to excellent progress in reducing electricity generation emissions, while other sectors have stalled.

“The industry should be ashamed of itself that it is still producing homes that are cheating the people they sell to. If you don’t produce a properly insulated home, you put a burden on the purchaser and the next purchaser for the rest of time in terms of their energy bills.

“It is ridiculous. You can provide the homes people need – well-insulated, low-energy cost homes – at a price which is very little different from the price today.”

According to the report, the cancellation of government incentives, in addition to the scrapping of the Zero Carbon Homes scheme, has lead to a decrease of 95% in home insulation installations since 2012, despite the measure being one of the cheapest ways of cutting a building’s carbon emissions. Chris Stark, CCC Chief Executive, called it “really shocking”, and said that the government must produce new policies and stick to them rather than continuing to ‘chop and change’.

The report also called for greater use of heat pumps and low-carbon district heating schemes as a means of producing more low-carbon heat.

A spokesman for the Home Builders Federation said:

“Lord Deben’s comments are ill-judged and are not borne out by the facts. House builders have met every government environmental target such that new homes are considerably more energy efficient than existing homes.”

Retrieved from "https://www.designingbuildings.co.uk/wiki/Reducing_UK_emissions:_2018_Progress_Report_to_Parliament"
Create an article