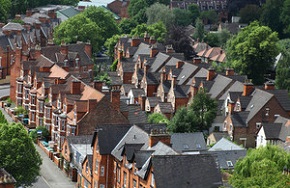 On 4 February 2018, the Housing Secretary Sajid Javid announced that the government will support the creation of a new generation of town houses in what has been described as a ‘shake up of city living’.

Cities like London and Manchester will be able to ease the pressure to develop on open spaces by simplifying the process of building at higher density on existing blocks of flats, houses, shops and offices.

The relaxed rules will allow up to two additional levels to be added to a property, as long as it conforms with the roofline of neighbouring buildings and maintains the character of the area. It will also be subject to safeguards for the preservation of listed buildings and conservation areas.

The government’s Housing white paper, published in February 2017, made the delivery of development in built-up areas an important goal. The new policy will be consulted on in Spring 2018, with the intention of including it in a revised National Planning Policy Framework.

Sajid Javid said; “The answer to building new homes isn’t always an empty plot, or developing on a derelict site. We need to be more creative and make more effective use of the space we already have available. That’s why we are looking to strengthen planning rules to encourage developers to be more innovative and look at opportunities to build upwards where possible when delivering the homes the country needs.”

Chief executive at the British Property Federation (BPF), Melanie Leech, said; “If we're going to successfully address the UK’s housing supply-demand imbalance, it's critical that we find bold new ideas. Making it easier to add floors to a property, so that an under-used house, becomes several flats, is a good example of an initiative which should encourage local authorities to think creatively about solutions in their area."

Retrieved from "https://www.designingbuildings.co.uk/wiki/New_generation_of_town_houses"
Create an article