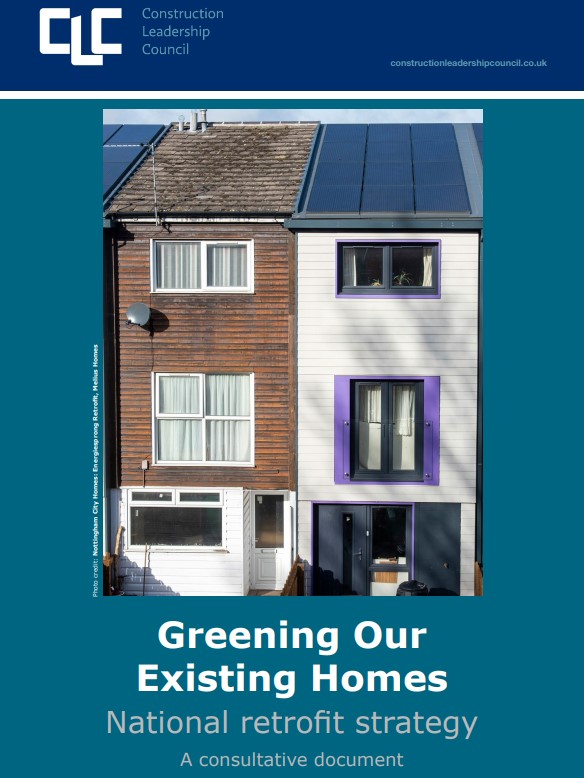 A national programme to retrofit the UK's existing 28m homes could provide additional GDP of up to £21bn and unlock 100,000 jobs in construction, according to the second iteration of the Construction Leadership Council’s (CLC) National Retrofit Strategy. The document was published on 24 June 2021.

Modelling in the strategy suggested that if the Government invested just over £5bn by the end of this Parliament, then this would create 100,000 jobs and generate government revenues of more than £12bn, in addition to boosting GDP by £21bn.

Following open consultation with the construction industry, the strategy has more than 50 supporter organisations, including CIAT.

The CLC said that the energy and water efficiency of the UK’s existing homes had to be addressed if the UK was to meet its carbon reduction targets and create jobs.

It claimed its strategy would supports the Government’s mission to recover from the pandemic and will help to deliver on the ambitions committed to in the Energy White Paper and Ten Point Plan for a Green Industrial Revolution.

This article originally appeared on the CIAT website. It was published on 24 June 2021.

Retrieved from "https://www.designingbuildings.co.uk/wiki/National_Retrofit_Strategy_v2_launches"
Create an article