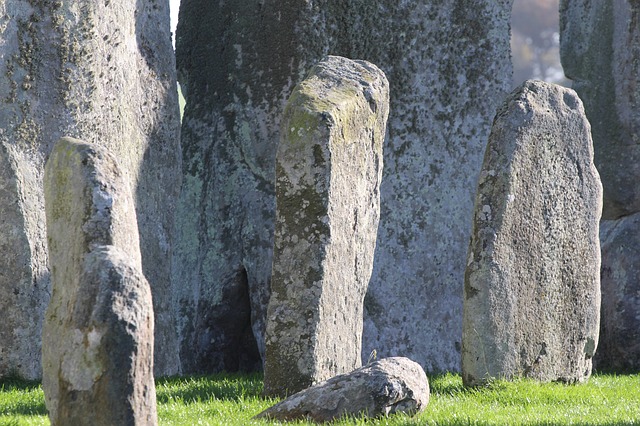 The Penguin Dictionary of Architecture (third edition) was published in 1980. It was created for Penguin Reference and compiled by John Fleming, Hugh Honour and Nikolaus Pevsner.

It defines joggle or joggling as a: ‘Masons’ terms for joining two stones in such a way as to prevent them from slipping or sliding by means of a notch in one and a corresponding projection in the other. It is often seen exposed on the face of a flat arch. If the joggle is concealed, it is called a "secret joggle"'.

As an old construction technique, joggle joints were used in the construction of Stonehenge along with the mortise and tenon joint construction used for some of the lintels.

Joggle joints were commonly used for load bearing masonry to prevent vertical butt joints from moving, horizontal stones from sliding and other stones from moving laterally. The joints would sometimes be frogged with a point or chisel for added stability.

Joggle joints strengthen and stabilise structures and that respect, they serve a similar function to tongue and groove joints which are made with a tongue (male) ridge projection on one edge and a matching groove (female) slot recession on the other edge. The tongue of one piece fits into the groove of the corresponding piece to form a strong, flush joint.

Unlike tongue and groove constructions - which are generally strong and stable - a joggle joint can sometimes weaken. This happens because the formation of the joggle projection (sometimes referred to as a shoulder) can cause stress in the stone. This stress can eventually cause the joggle joint to break. To preserve the joint, it is important to make sure the weight is evenly distributed. This will create a cohesive lock that should be able to support the force applied to the joint adequately.

[edit] Other types of joggles

The function of a joggle as applied in masonry terms has been adopted in other aspects of construction and related terminology. There are table or bed joggles, tongue and groove joggles and slate or metal joggled joints.

Joggle bending is an expression used to describe an offset bend where two opposite bends with equal angles are formed in a single action. This configuration creates a bend profile and an offset between the unbent face and the resulting flange. The joint that is formed should be thin and smooth.

The premise of joggle joints is also used in sheet metal, where the joggle joint is an offset or notch that is created at the place where stringers and formers meet. It is used to create space for a sheet or another mating part. The joint provides a clean connection in the splice.

Joggle joint coping is sometimes used in types of roofing. Joggles can also be used for gutters.

Retrieved from "https://www.designingbuildings.co.uk/wiki/Joggle"
Create an article