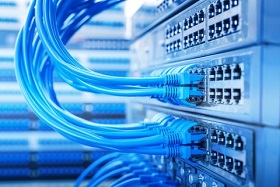 The recently published BSRIA market intelligence study shows a global increase of pre-terminated fibre connectivity of more than 11% in 2017.

The structured cabling market increased by almost 2% in 2017 to USD 6.4 billion, compared to a 1% increase in 2016. The cabling installed in data centres performed significantly better than the Local Area Network (LAN) market, increasing by almost 5% compared to 1.2% for the LAN segment.

The commoditisation of cabling with increasing sales of solutions sold by low cost suppliers and distributor's private labels continued in 2017 and are now including the whole product range, even Cat 6A cabling and pre-term fibre connectivity.

The average price of copper cable decreased by 1.7%. Some countries experienced price increases due to the increased cost of copper material and increasing sales of Cat 6A, but over-capacity in the industry, commoditisation and competition forced prices down in most countries. The share of high value plenum cables, mainly sold in the US, remained stable, accounting for close to 80% of sales in the US.”

Sales of Cat 6A have increased and account for 29% of all cabling systems by value in 2017 up from 27% in 2016. Sales of Cat 6 dominates the global market with over half the sales. 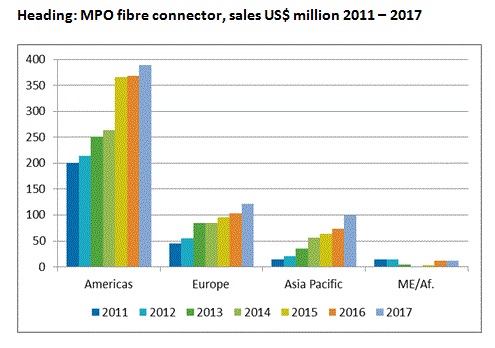 Countries not included account for an additional 5-10% bringing the total global structured cabling market to an estimated USD 6.9 billion.

This article was originally published here by BSRIA in September 2018.

Retrieved from "https://www.designingbuildings.co.uk/wiki/Global_cabling_market_2017"
Create an article