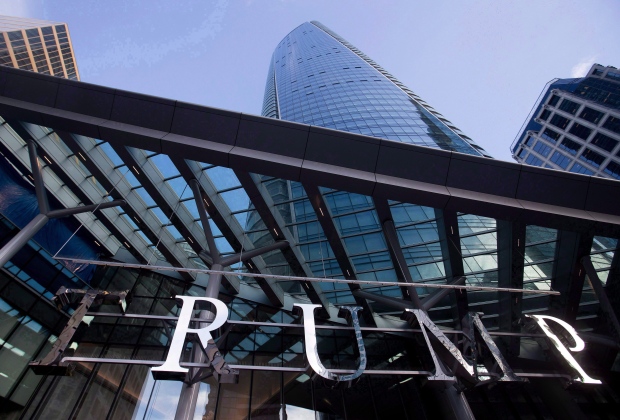 Local news agencies though have been quick to point out that President Donald Trump’s ‘post-truth’ ethos would also appear to extend to his brand architecture.

According to a press release from Trump Hotels, ‘the twisting $360 million tower … is one of the tallest buildings in the city at 69 storeys high’. It also labels the upper penthouse as ‘Tower Floor 69’. However, the development permit issued in 2008 and the property developer Holborn, have listed the tower’s correct height as 63 storeys.

It would appear that Trump Hotels have counted the below-ground floors, which are predominantly used for parking, to arrive at 69. According to a former-chief city planner, "it is extremely uncommon, if not unprecedented, to count below-grade floors."

Indeed, the City of Vancouver’s zoning and development by-law stipulates, ‘a storey shall not include a basement or cellar’.

Trump Hotels has also claimed that the project is the ‘first hotel to open in the city in over six years’. However, it has been pointed out that, among others, Hotel Blu on Robson Street opened in 2014.

The developers say that, according to a practice not uncommon in Vancouver (although the city put an end to it in 2015), there is no ‘floor 13’, and neither is there any floor ending in four. This is due to a Cantonese superstition regarding the word ‘four’ sounding like words and phrases involving death.

Retrieved from "https://www.designingbuildings.co.uk/wiki/Trump_International_Hotel_and_Tower,_Vancouver"
Create an article