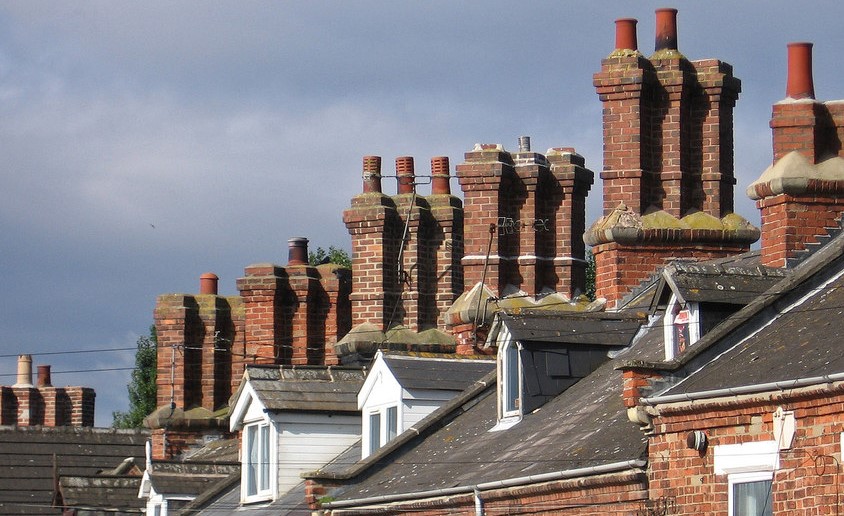 Collins Complete Do-It-Yourself Manual was published in 1986. It was created for William Collins Sons & Co. Ltd. by Jackson Day and conceived by Jackson Day Jennings Ltd.

It defines flaunching as: ‘a mortared slope around a chimney pot or at the top of a fireback.’

Flaunching is sometimes referred to as benching. It is often a mixture of mortar (typically a 3:1 ratio of especially strong sand and cement) that holds the chimney pot in place at the top of a chimney stack.

Another purpose of flaunching is helping to keep rain from damaging the brick or stone at the top of the stack. However, cracks may develop after several years of inclement weather. This may result in damage to the chimney’s bricks or structure. It can even lead to leaks down the chimney flue if left unrepaired. Some flaunching may be cast in concrete, but even these can still crack over time.

Retrieved from "https://www.designingbuildings.co.uk/wiki/Flaunching"
Create an article