Just how many women have been scared away from a career in civil engineering by exclusive or intimidating language? By being told, sometimes directly, “you’re the odd one out”? Penny Gilg, of ICE's Transport Panel, explores this continuing problem. 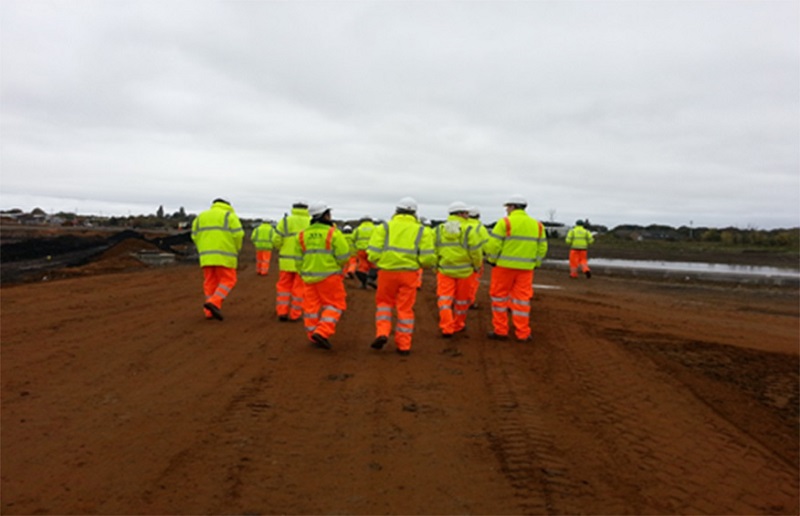 I recently read a study about the impending skills shortage in engineering. I've also read articles about the gender pay gap. Assuming you, like me, are concerned by both of these, you'll agree that we need to get more women in to higher paid, skilled engineering jobs.

Unfortunately, our society has often given the impression to all, from a very young age, that an engineer's job is not for women. Because of this, I have pledged to myself to start by not using gendered language (it's surprisingly hard when you first start), and encourage others to do the same.

As an engineer, I attend hours and hours of training, lectures, lunch time talks, etc. After the majority of them I find myself pointing out to the speaker that whenever they spoke about an unspecified person in our industry they said "he/his/him".

Today was no different except that for the first time ever someone was unapologetic and argued against my suggestion of using gender neutral language. They told me that they "use these terms because it is generally men who do these jobs “.

They then went on to tell me that their son recently completed a civil engineering degree and "when he started there was one girl, by the end there were none at all".

I don't know why that student left the course but it isn't hard for me to imagine that she had sat in 20 hours of lectures a week for four years being told "when an engineer is undertaking his calculations he must....", "it is his responsibility to....", and so on.

Maybe she was lucky enough to go on a site visit in her time at university which would have required her picking from a small, medium or large hi-vis jacket and trousers. The S, M or L people these were designed for were men hence they almost certainly didn't fit her and restricted her movement.

When she got to site, there was probably a ladies' toilet and, if she was lucky, it was actually plumbed in and had the heating on (but these can't be guaranteed). If she was unlucky it was also used by the men or used as a storage cupboard. Hopefully she wasn't on her period as there probably wasn't a sanitary bin.

And it could be argued that this biased approach to safety clothing and site set-up is because "it's generally men who do these jobs".

[edit] You are the odd one out

I'm not sure why today's speaker told me the anecdote about their son or if they'd thought about why the female student had left her studies in any more than passing comment. For me, it emphasised my point and it gave a chilling context.

Yes, I know it's 'generally men who do these jobs', but how many women have we scared away from also doing these jobs with our exclusive and intimidating language?

To be repeatedly told “you are the odd one out” before even stepping foot in an office is scary enough for me, an extrovert. Imagine if I were nervous in new situations - it could be enough to make me leave.

It shouldn't matter but the speaker was also a director of a fairly significant engineering client. The lack of skilled resources and professionals to deliver the infrastructure projects in the pipeline should be a big concern of theirs. But even after we discussed the point his opinion hadn't changed.

[edit] What subliminal messages are you spreading?

Mulling over the conversation later, I realised it's not enough to point out this genderised language each time I hear it. I want to spread the message further, to you for example. To ask you what subliminal messages you are spreading with your vocabulary without even realising it?

I know this won't solve everything. It's only a little change in a world which needs big change before it truly treats everyone equally. But every little helps.

Please remember that next time you are talking to the next generation of potential engineers.

This article was originally published here on 22 August 2017 by ICE.

It was written by Penny Gilg, ICE Transport Panel.

Retrieved from "https://www.designingbuildings.co.uk/wiki/Civil_engineering_and_language"
Create an article