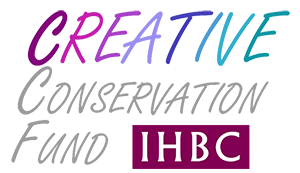 IHBC has launched an updated webpage of its CREATIVE Conservation Fund (CCF) - a dedicated fund delivering on the IHBC’s charitable activities. The relaunch includes new branding, background and guidance for anyone wanting to support conservation. IHBC Director Seán O’Reilly said: ‘Following a long trial of a Beta site we took advantage of the pandemic’s impact on office time to make a new page and a suitable brand.’

[edit] Purpose of the fund

IHBC Chair David McDonald said the relaunch 'will help us to manage our existing awards efficiently and open the way to increasing our charitable activities. As the fund grows, we will be able to increase our support to a wide range of people, from those in education and apprenticeships to retired members who continue to give their services to the community.'

O'Reilly explains, ‘The fund’s management and structure mean that the IHBC focus its long-standing charitable operations by investing directly in the fund.' He added that the CREATIVE Conservation Fund puts the organisation 'in a position to take in and manage public donations too – notably, initially, from members wanting to extend their support for their sector through donating expenses that might not otherwise be claimed, for example.’

He adds that the ‘CREATIVE’ acronym also allows the organisation to align donations with key areas that donors might want to direct their funds, including:

IHBC gathers charitable donations through the CREATIVE Conservation Fund (CCF) and distributes funds exclusively through the fund to deserving causes in conservation. Distribution of the fund is overseen by IHBC trustees. All donations are held and managed by the IHBC as ‘restricted’ funds, with regular oversight by the organisation's accountants in line with current standards and practices.

Under special circumstances, management and distribution of specific donations may be tailored to suit the needs of the donor, donating body or partner. Such special arrangements are in place already in the case of IHBC’s Annual Gus Astley Student Award and Marsh Awards.

This article originally appeared on the IHBC NewsBlog under the headline, "IHBC‘s CREATIVE Conservation Fund: New web page and guidance." It was published on 8 September 2020.

Retrieved from "https://www.designingbuildings.co.uk/wiki/IHBC_CREATIVE_Conservation_Fund"
Create an article