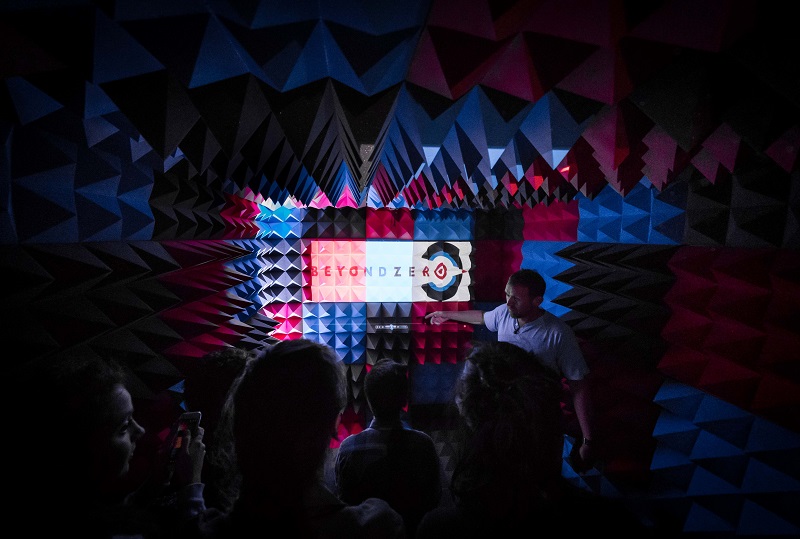 In January 2017, images were released on a fully-immersive, multi-sensory, pop-up cinema that forms part of a new health and safety campaign ‘Beyond Zero’.

Designed by ScottWhitbyStudio, working in conjunction with a major UK port operator, Caution Cinema is a space for the delivery of safety information to port employees across the country.

The designers were challenged with creating an environment that would capture and engage the attention of participants while competing with the noise and hectic environment of Britain’s busy ports. The solution was to take a natural dock environment and introduce a very familiar object but to make it appear startlingly alien. 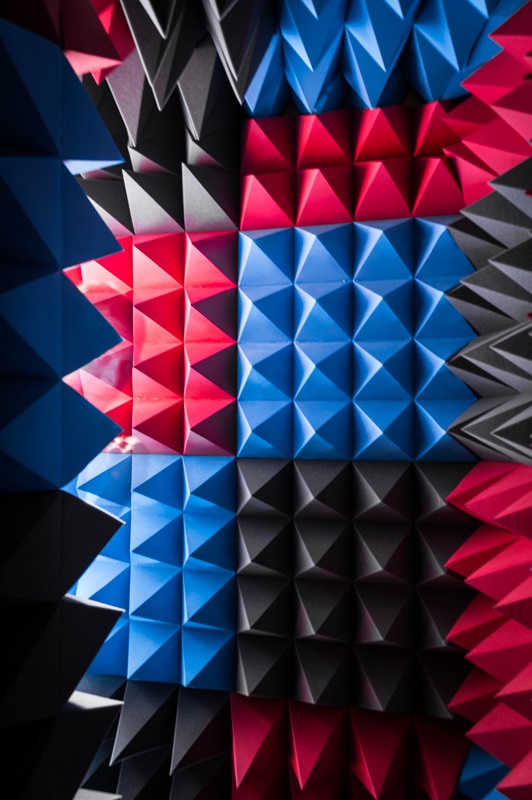 The team converted an ordinary shipping container into a ‘dark and mysterious realm which challenged expectations’. Internal surfaces are clad with what appear to be sharply-pointed pyramids but are actually resilient, but soft acoustic foam which creates an anechoic (soundless) chamber. With sound being absorbed by the pyramids, all attention is focussed on the video presentations.

On approaching Caution Cinema, attendees are confronted with a maze-like path leading into the container. As well as blocking out external light and sound, the disorientating, winding route makes visitors acutely aware of their surroundings. 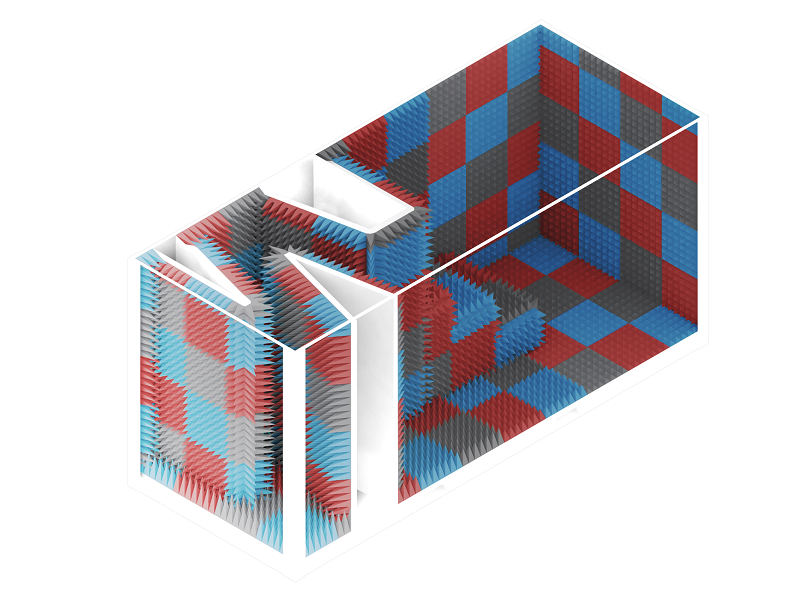 The multi-sensory experience makes visitors take extra care and proceed with caution - as promoted by the safety campaign. It is hoped that the memory of the experience will stay in the user’s mind for a long time.

Retrieved from "https://www.designingbuildings.co.uk/wiki/Caution_Cinema"
Create an article