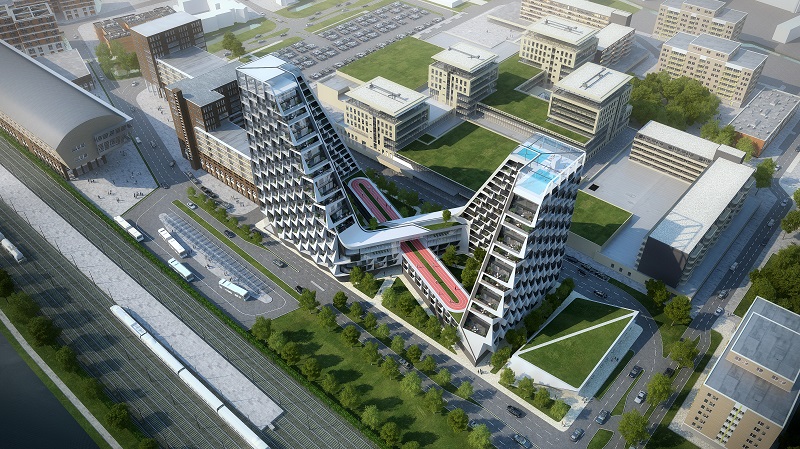 In August 2017, Peter Pichler Architecture (PPA) won an international competition with an innovative design for a new development in Utrecht, Netherlands.

Called the Looping Towers, the concept involves a figure-eight shape built in Maarssen on a site facing the Vecht River. Measuring 35,000 sq. m, the building will contain 260 apartments set within two L-shaped towers at opposite corners of the site. The towers will be connected by a rooftop running track above a low-rise structure.

The layout of the towers and the running track leaves open spaces at the centre of the site. The low-rise structure criss-crossing the centre will contain the residents’ communal facilities such as a gym. 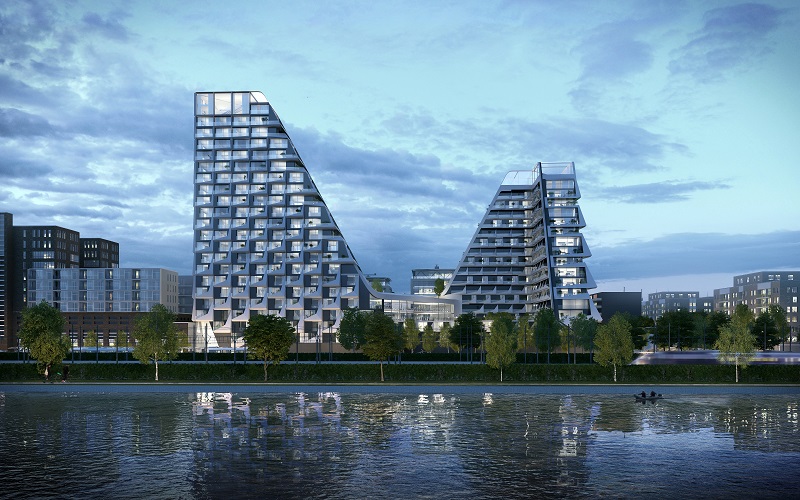 The design for the figure-eight is focused on optimising the geometry based on views and natural light. The central opening will provide residents on the northern side with clear views to the river, while allowing natural light into the building from the south, something that will be increased by the sloped sides of the L-shaped blocks.

The apartments are intended to be duplexes, giving a double apect view, and will feature large glazed walls outlined by white angular frames. Each two-storey apartment will include light-filled, double-height lower floors as well as a smaller mezzanine upper level.

There will be a swimming pool built into the top of the western tower. 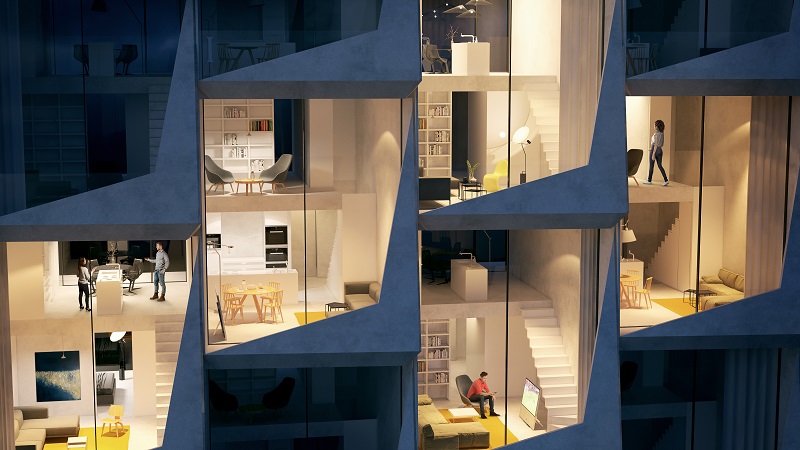 Retrieved from "https://www.designingbuildings.co.uk/wiki/Looping_Towers"
Create an article