Who is the greatest engineer

In November 2015, to coincide with its 60th anniversary, BSRIA launched INSPIRE, a commemorative publication listing 120 inspirational engineers past and present, their achievements and the impact they have had on the world. It is intended to highlight why Science, Technology, Engineering and Mathematics (STEM) subjects are important and to inspire the next generation by showing them what they are capable of. It is free to download until 31 December 2015. 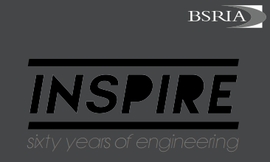 BSRIA then narrowed down the list to just 15 great engineers for the industry to vote on. The question they are asking is:

[edit] Who has been – and continues to be the most influential engineer?

You can have your vote here.

The survey will be open until 31st December 2015 and results will be published in early 2016.

Julia Evans, Chief Executive at BSRIA, said: “We now have wearable technology, video calls and tablets are a normal part of our personal and work lives, no one bats an eyelid at flat screen televisions. Yet these ideas were once viewed as technologically impossible, a dream… The nature of STEM is about pushing boundaries and making the impossible possible. STEM has changed the way we work, travel, heal and enjoy life. The advancing of the human race has always depended on the bright minds willing to focus their energy on engineering ideas.”