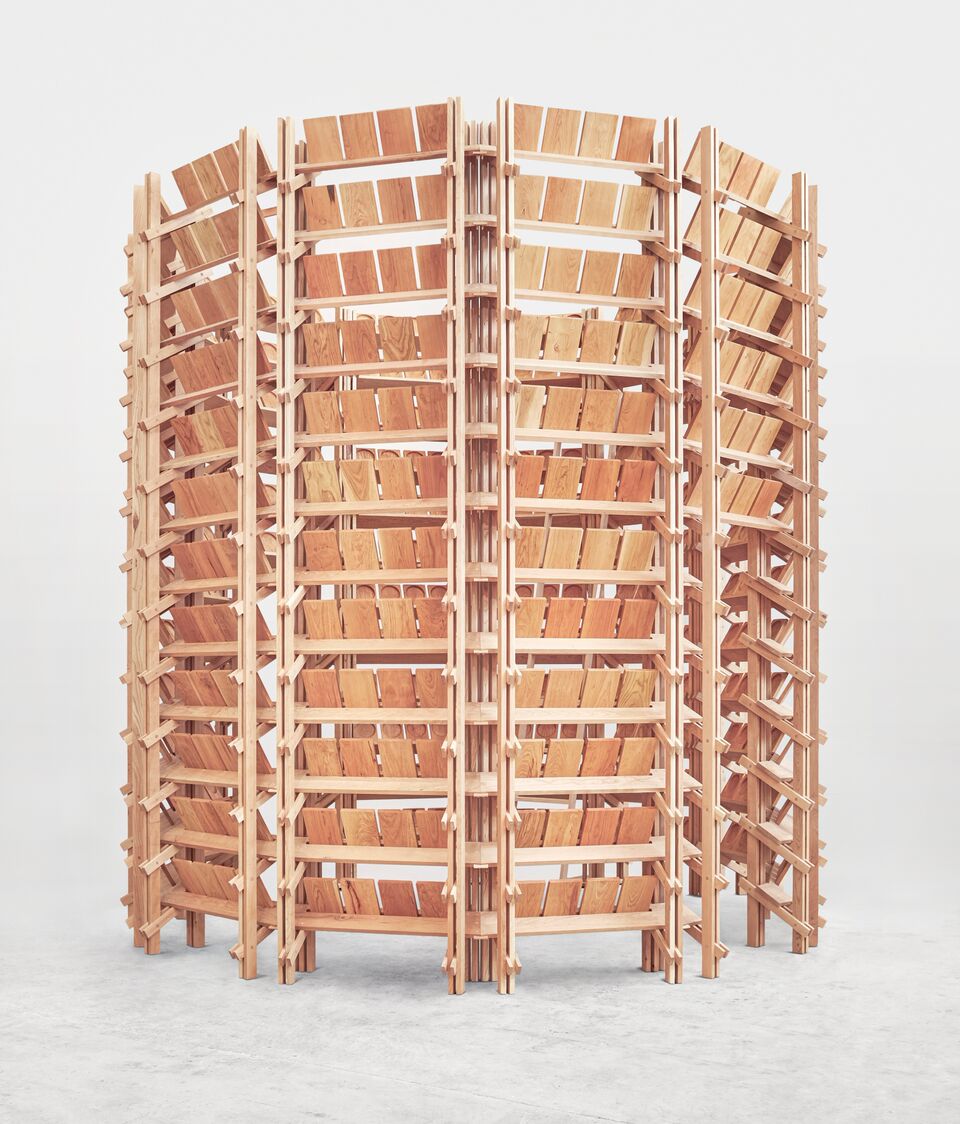 The space beneath the barrel-vaulted roof was full of exhibitors demonstrating products and services ranging from rooflights to floor coverings to fire-resistant revolving doors. Flanking one wall was a touring exhibition by international members of World-Architects, profiling a collection of recent works by landscape architects, engineers, interior and lighting designers.

Capturing all the attention was the Rotunda Serotina, a three-storey cylindrical structure made from American cherry and maple, including food plates that visitors could take home. It was part of a project by the American Hardwood Export Council (AHEC) partnered with designers Kolman Boye and furniture-makers Benchmark, which found that 8.6 million m3 of cherry grow in American hardwood forests each year, yet only 3.5 million m3 are actually harvested. This means that to replace the cherry used in the creation of the Rotunda Serotina, the natural re-growth across America’s forests would take just 40 seconds. 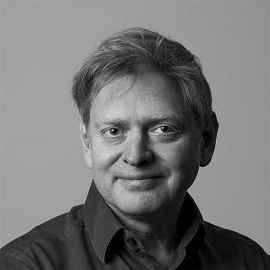 The director of architectural firm Stanton Williams, Patrick Richard was interviewed about his experiences working on projects abroad by the broadcaster and architectural historian Tom Dyckhoff.

Stanton Williams have been involved in several projects in Switzerland, Germany and more recently in France, and while Richard was keen to stress that each project drives them to immerse themselves in the local culture and context, they favour the concept of Genuis Loci or bringing personal experience to bear, rather than following an ‘international style’ or global architecture that can be reproduced regardless of its context.

On the question of differences found between architectural practices in the UK and his native Switzerland, Richard emphasised the strong relationship between craft and the habit of analysing and challenging methods and ideas, together with a much more commercial and competitive environment. As beneficial as democracy may be, he said, many great projects in Switzerland had been abandoned due to the democratic process, with 10,000 votes being enough to hold a referendum, meaning that the security of an appointment after winning a project was never as certain as it is in the UK.

The major advantage of working in London, he said, was the huge exposure to other cultures that prevails. Recently working on designs that required expert insight into a type of Portuguese marble, the fact that there happened to be a Portuguese architect working in the same studio was a stroke of good luck that paid tribute to the diverse ‘melting pot’ of London. This internationalism was the reason that he and many other foreign architects have remained in the UK, believing it to be more cosmopolitan than Paris, yet he pointed out that a troupe of British architects has also taken the opposite journey and established themselves in Basel or Zurich.

Richard was keen to stress that internationalism was no substitute for knowing and understanding the principles and standards of your own firm, pointing to the fact that Stanton Williams had rejected offers of work in America and China on the grounds of distance, and the imperative of being able to find suitable local partners, limiting their ability to maintain the rigorously high standards of the firm.

There is also the challenge of getting to grips with the particular national planning and legal regulations which, he said demanded a close dialogue with local architects as well as professional colleagues who may have better experience in the region, as found with Richard Rogers when it came to negotiating a path through the complex regulatory systems of both France and Germany.

On the question of how best to decline offers of work from clients, he emphasised that despite the fact that Stanton Williams had managed to work their way to a privileged place where they are able to pick and choose projects, there was never an easy way to say no, and that the best method was to be upfront and honest about the lack of resources or particular expertise and hope that the opportunity to work together might arise again at some point in the future.

You can find out more about the Architect @ Work exhibition here.