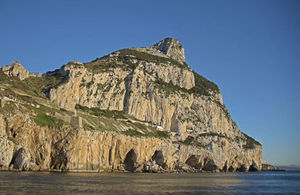 The caves were the last known dwelling of Neanderthals in the world and they lived there for almost 100,000 years. Gorham’s Caves, which lie at the base of the Rock of Gibraltar, contain rock engravings dating back more than 39,000 years, as well as campfires, stone tools and the remains of butchered animals.

The archaeological findings have provided extensive information about the cultural traditions and lifestyles of Neanderthals - from their cognitive abilities to how they caught their food, such as birds, seals and dolphins. One of the largest collections of bird remains from the Neanderthal period were excavated from these caves.

Heritage Minister Tracey Crouch said: It’s fantastic news that the Gorham’s Cave Complex has become the UK’s 30th World Heritage Site. It gives a unique insight into the culture and traditions of Neanderthals thousands of years ago and demonstrates the exciting range of the UK’s cultural heritage. The site consists of four sea caves - Bennett’s, Gorham’s, Vanguard and Hyaena. After the Neanderthals, modern humans entered inhabited the caves around 20,000 years ago. The decision to inscribe the caves as a World Heritage Site was made at the 40th annual meeting of the UNESCO World Heritage Committee in Istanbul, Turkey. The UK has also recently submitted a bid for the Lake District to be inscribed as a World Heritage Site.

Retrieved from "https://www.designingbuildings.co.uk/wiki/30th_World_Heritage_Site_inscription_for_UK"
Create an article