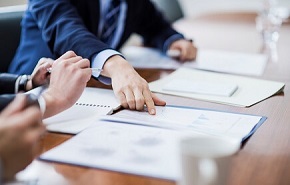 Construction contracts will usually include a date by which the works described in the contract should be completed. This is generally the date by which practical completion must be certified.

Time can become at large because there is no clear completion date specified in the contract, or can be a situation that arises as a result of events (typically by agreement of the parties or by failure of the contract ‘machinery’), or if the contract does not allow the construction period to be extended.

It is not uncommon on construction projects that the works are not completed by the date for completion. If this is because of delays for which the contractor is responsible, then the contract will generally include a provision for them to pay liquidated damages to the client. These are pre-determined damages based on a calculation of the actual loss that the client is likely to incur if the contractor fails to meet the completion date. Some contracts require that a certificate of non-completion is issued as a pre-requisite to deducting liquidated damages.

If the works are delayed because of events for which the client is responsible (an act of prevention) or by agreed neutral events, the contracts will generally provide for an extension of time to be granted, changing the completion date (see relevant events). If contracts did not allow the construction period to be extended under such circumstances, then time would be at large. The client would then not be able to claim liquidated damages from the contractor as there would be no date against which they could be calculated and the contractor would then only have to complete the works in a 'reasonable' time. The client would only be entitled to damages if they could establish that the contract was not completed within a reasonable time.

It is important therefore that clauses describing relevant events cover all necessary eventualities, otherwise if an event occurs that is not covered, time will be at large.

NB: Construction contracts generally include a provision requiring that the contractor proceeds ‘regularly and diligently’ irrespective of whether it is apparent that the completion date will be achieved.