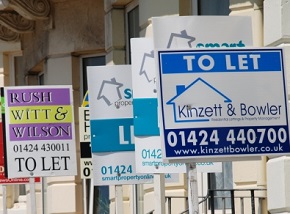 Gazumping is a term used to describe a situation in which the seller of property accepts a verbal offer from a potential buyer but subsequently accepts an offer from another party. It can also be used to refer to a situation where the seller raises the asking price before formally signing a contract, after having verbally agreed a lower price.

Despite the practice often resulting in the potential buyer facing unrecoverable costs (such as survey costs, conveyancing fees, mortgage arrangement fees, etc.), gazumping is legal in England and Wales, as well as several other countries. This is because the exchange of contracts is something that takes place relatively late in the property buying process, following the property survey, the receipt of a mortgage offer, and so on, and as a result there is typically a delay of several weeks or even months between the verbal acceptance of the offer and it becoming legally binding.

During this period the seller may become tempted by a higher offer, although gazumping may not always be on the basis of financial matters. It can also refer to a situation in which a seller decides to reject an offer for some other reason, such as to accept another party’s offer who may be able to complete the purchase more quickly, i.e. if they already have a mortgage offer in place, or are first-time buyers and so not part of a property ‘chain’.

Some techniques that can help to avoid gazumping include:

In October 2017, the government announced they were looking into ways of reducing the stress of buying property, including a clampdown on gazumping. Despite previous attempts by ministers resulting in little-to-no action, the Communities Secretary Sajid Javid, launched an 8-week consultation to make house buying ‘cheaper, faster and less stressful.’

In April 2018, following the consultation, the government announced they were introducing new measures to 'professionalise' the estate agent market. Among several measures to try and speed up the system while increasing its ease and transparency, the government propose the use of voluntary reservation agreements to help prevent sales from falling through and to crack down on gazumping.

A reservation agreement can be used by a buyer to reserve the right to buy a property for a period of time, for which they pay a fee. In return, the seller agrees not to sell to another party during that time period.

Behavioural insight research will be carried out on reservation agreements, with the intention of trialling them by the end of 2018.

We manage the Homebuyer Conveyancing website and Gazumping is not a big deal for us.

One way to overcome the gazumping issue, is for Sales Agents to provide the opportunity for vendors to either accept higher offers openly or to be instructed that once the property is sold that no more offers can be made.

Managing repossessed property is a prime example of how offers should be managed.

The sales agent must be allowed to get the best price for the property.