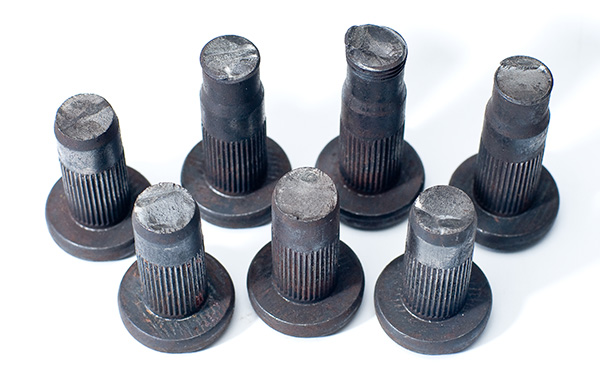 The implications and impact of metal failure in construction are significant, ranging from economic damage to possible injury and structural instability. Metal components fail for a wide range or reasons. Elements of which they are a component could be badly designed, or the metal components themselves could be poorly designed, fabricated or maintained, or they might be used outside of their intended purpose.

Metal failures can occur unexpectedly and so are often difficult to anticipate. It is important therefore that anticipated conditions are carefully modelled during the design process to pinpoint where potential failures may occur.

Where they do occur, metal failures should be subject to a systematic and detailed investigation to determine the cause and to identify avoidance measures for the future. Forensic engineering is capable of determining the root cause of metal failures with a great deal of accuracy. Unique identifiers are left by the various failure types which enable the exact nature of the failure to be identified.

The most common types of metal failure are described below.

This type of failure is caused when applied loads stress the metal beyond its ultimate strength. Failures can occur very rapidly, and are influenced by the material type, its heat treatment, and so on. Overload failures are generally categorised as:

Fatigue failure is the most common type of metal failure. The failure is easily detected by the recognisable ‘beach markings’ that are left on the fracture surface.

It occurs when repeated or fluctuating loads are imposed that allow a small material failure to develop into a larger one, over a long period of time. A fatigue crack is allowed to gain a foothold, usually at a machine mark, corrosion pit, surface scratch or other surface imperfection. The beach markings indicate the direction of the crack as it progresses across the fracture face. Total failure occurs when the applied load cannot be carried by the unaffected area that remains.

Compared to the material stress limits, fatigue failure can occur at relatively low stress levels, sometimes below its yield strength.

SCC is caused when three factors are in combination:

Similar to fatigue failure, SCC initially occurs at stress levels that would not usually cause failure were there not a chemical factor present.

Metals that are exposed to chemical agents at high temperatures or pressures are at particular risk of SCC, and can fail suddenly.

Corrosion can occur when compressive residual stresses on the surface of metal components are induced.

Laser peening is a remedial solution that can modify the surface of components and reduce the risks attached to operating in a corrosive environment imparting beneficial residual stresses in materials.

If fretting is not prevented by methods of cold working the surface with laser peening, it can lead to further corrosion or fatigue cracking.

Erosion can occur due to repeated exposure to adverse environmental and weather conditions such as wind, ice and water. Laser peening can harden surfaces to protect against erosion.

Creep is a risk for metal components that are exposed to stresses at elevated temperatures. Deformation results from grain boundary sliding, a mechanism in which grains are displaced against each other at high temperatures.

Hydrogen embrittlement occurs as a result of exposure to hydrogen, for example, in the manufacture or processing of high-strength steels and titanium and aluminium alloys. It reduces the ductility and load-bearing capacity of affected materials, which can cause cracking or failure at below normal yield stresses.

Retrieved from "https://www.designingbuildings.co.uk/wiki/Failure_of_metals"
Create an article