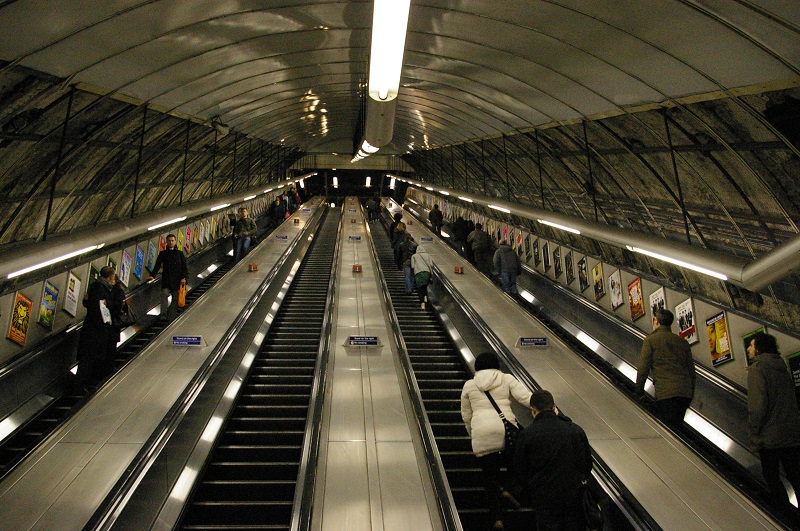 Escalators are mechanical devices used for transporting people vertically between different levels of buildings. Typically, they take the form of a moving staircase, consisting of a 'chain' of single-piece aluminium or stainless steel steps guided by a system of tracks in a continuous loop.

Escalators are commonly used in buildings where the movement of a large number of people is required, such as shopping centres, airports, transit systems, exhibition halls, hotels, arenas, public buildings, and so on.

They occupy the same physical space as a staircase, generally have no waiting time (other than during periods of congestion), allow a greater flow of people, and can be more practical than lifts. It is also possible for people to walk up or down escalators, if they are in a hurry, or if they break down.

A variation of the escalator is the moving walkway, which transports people horizontally.

The first escalator was patented by two Americans, Leamon Souder and Nathan Ames, in the mid-19th century. However, their patented designs were never manufactured.

It wasn’t until the early-20th century that a working prototype designed by Charles Seeburger and Jesse Reno was produced. Their working model gained a lot of attention and was first installed in New York City’s department stores. In 1910, Seeburger and Reno sold their invention to the Otis Elevator Company.

There are three basic configurations that are used for most common escalator systems:

There a number of factors that affect the design of escalator systems, including: 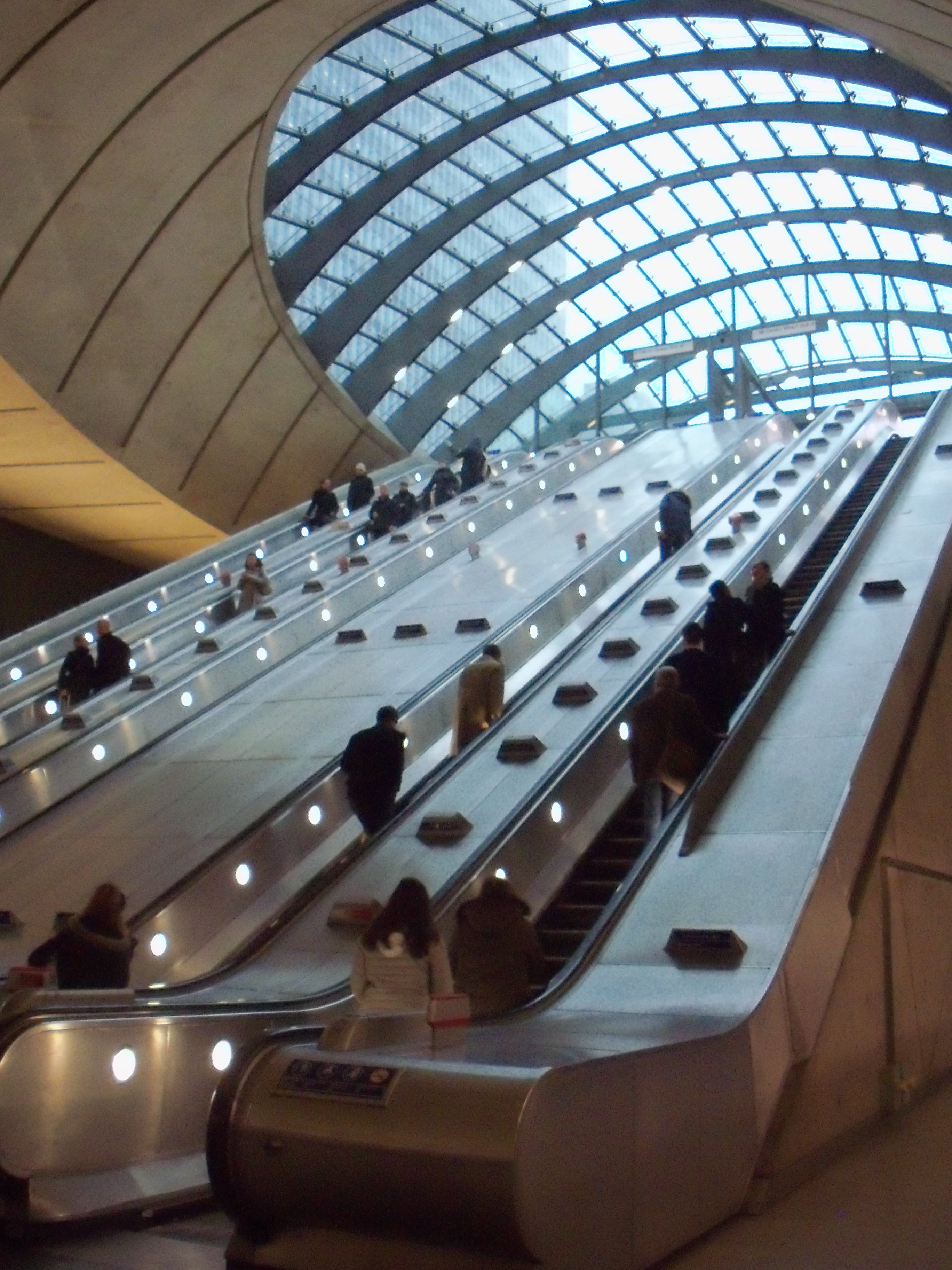 The following components make up an escalator system:

These contain the curved sections of the tracks, in addition to the gears and motors. The floor plate provides space for users to stand before stepping onto the moving steps. The comb plate has a series of cleats (like the teeth of a comb), that mesh with matching cleats on the edges of the steps and minimise the gap between the stair and the landing. 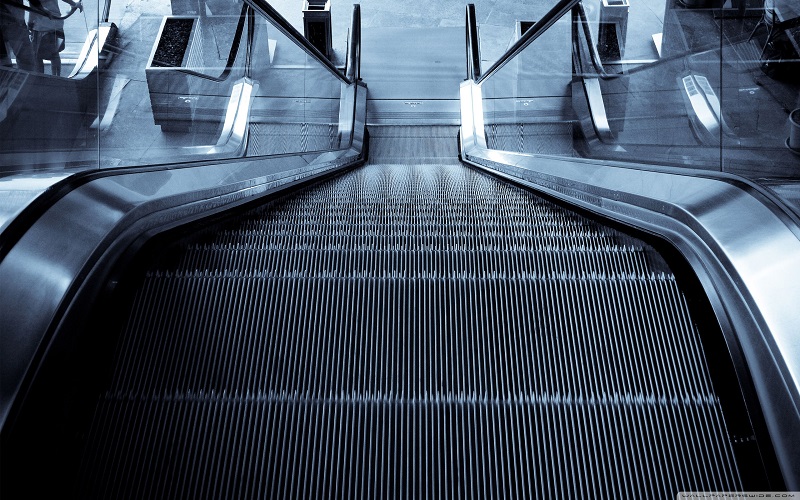 The structure that bridges the lower and upper landings, and carries the straight track sections. Steel or concrete supports connect the ends of the truss to the top and bottom landing platforms.

This is the structure supporting the handrail of the escalator and can be made of metal, sandwich panels or glass.

The handrail moves courtesy of a chain connected to the main drive gear by a series of pulleys. It is generally made from a blend of synthetic polymers and rubber, and is designed to be very durable.

These are typically solid and made of die-cast aluminium or steel. They are cleated with comb-like protrusions that mesh with the comb plates. The steps are linked by a continuous metal chain that forms a closed loop.

The steps, connected in series, always step level as they move. The steps create a flat platform at both the top and the bottom of the escalator by collapsing on each other. This works by way of the two sets of wheels on each step. The upper set of wheels are connected to the rotating chains, pulled by the gears at the top of the escalator. The lower set of wheels follow behind and just glide along on their track.

Escalators are driven by a motor and chain system inside the truss. At its core are a pair of chains looped around two pairs of gears. The gears at the top of the escalator are turned by an electric motor, which in turn rotates the chain loops. The electric motor also powers the moving handrail which is looped around a series of wheels and is configured so that it moves at a similar speed to the steps.

Retrieved from "https://www.designingbuildings.co.uk/wiki/Escalator"
Create an article