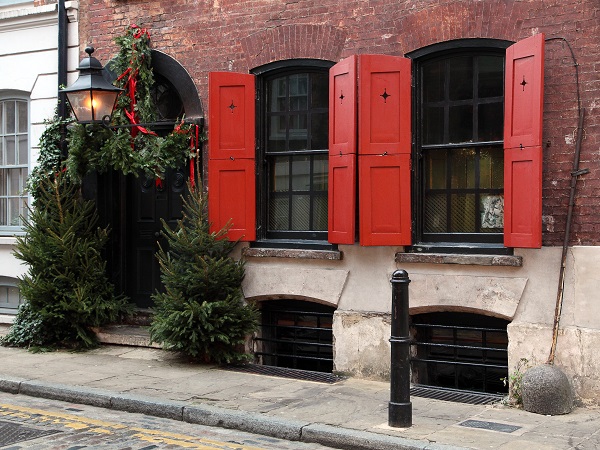 Located on Folgate Street, in the Spitalfields area of east London, Dennis Severs’ house at no.18 is one of the city’s most curious and enchanting buildings.

Described by its former owner Dennis Severs as a ‘still-life drama’, the Grade II-listed Georgian brick terraced house appears entirely normal from the outside. It is only when entering through the front door that the extraordinary nature of the house reveals itself. 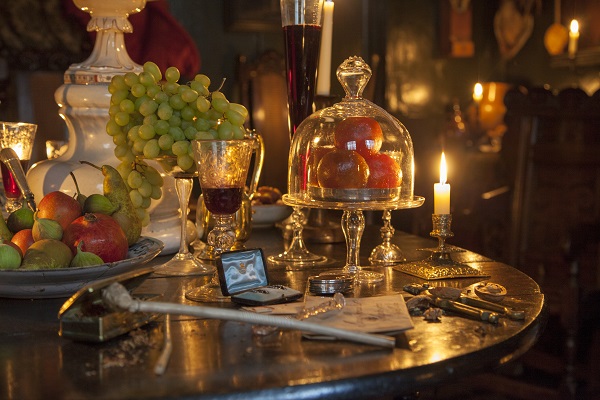 Spread over the house’s four storeys and basement, the interior has been designed as a historical re-imagining of a typical East End home for a fictional family of Huguenot silk weavers called Jervis.

The ten rooms of the house have each been refurbished in a different historic style, but predominantly from the 18th and 19th centuries, achieving a blend of Georgian, Regency and Victorian styles. 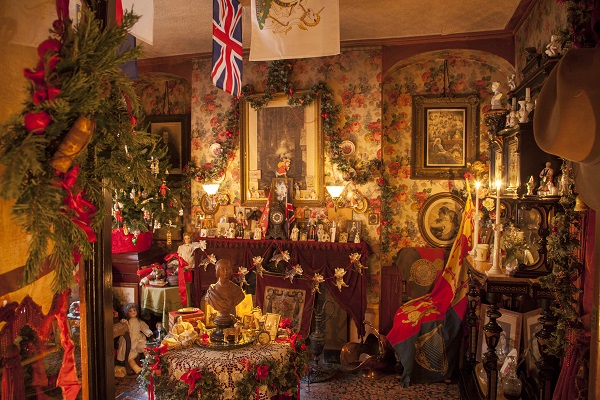 Severs, an American artist, bought and moved in to the house in 1979 and began his work, scouring local flea markets and antiques shops for artefacts and curios to enhance the authenticity of his ‘time capsule’. Severs died in 1999 and bequeathed the house to the Spitalfields Historic Buildings Trust, who keep it open to the public for tours.

The tour begins in the basement and proceeds through the dining room, smoking room, and up into the bedrooms, which have grand four-poster beds and dressing tables, all intricately arranged with precise detail and care. The interiors are characterised by floral prints, upholstered mahogany furnishings, oak panelling, Iznik pottery, marble busts, fine china, tapestries, chandeliers, and grandfather clocks. 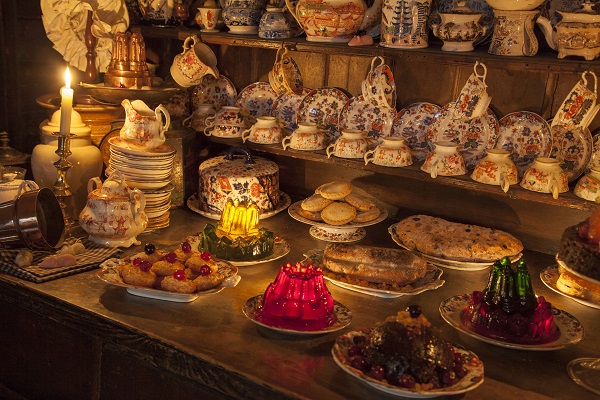 Tours are conducted by candlelight with fires smouldering in hearths and each of the rooms arranged as though the occupants had just popped out for the evening and are soon to return.

For those interested in the history of the period or the area, or with an interest in interior design, the tour of the house is a real treat, especially approaching Christmas when the interiors are decked out as though they are the setting for a Dickens novel. For those with vivid imaginations, this is perhaps the nearest to travelling back in time that London has to offer.

For details on tours and opening times, visit www.dennissevershouse.co.uk.

This is an amazing time capsule. I have worked on renovations but never seen something like this.