Building Information Modelling (BIM) is a very broad term that describes the process of specifying, creating, and managing digital information about a built asset such as a building, bridge, highway or tunnel.

ISO 19650:2019 defines BIM as: Use of a shared digital representation of a built asset to facilitate design, construction and operation processes to form a reliable basis for decisions.

Transforming Infrastructure Performance: Roadmap to 2030, Published by the Infrastructure and Projects Authority 13 September 2021, defines BIM as: ‘…a combination of process, standards and technology through which it is possible to generate, visualise, exchange, assure and subsequently use and re-use information, including data, to form a trustworthy foundation for decision-making to the benefit of all those involved in any part of an asset’s lifecycle. This includes inception, capital phase procurement and delivery, asset and facility management, maintenance, refurbishment, and ultimately an asset’s disposal or re-use.’

In the UK, the Government Construction Strategy published in May 2011, stated that the '...government will require fully collaborative 3D BIM (with all project and asset information, documentation and data being electronic) as a minimum by 2016'. This represented a minimum requirement for Level 2 BIM on centrally-procured public projects from April 2016 where:

BIM Level 2 was superseded by the UK BIM Framework in 2018.

The UK BIM Framework sets out the overarching approach to implementing BIM in the UK. It was developed jointly by the UK BIM Alliance, BSI and the Centre for Digital Built Britain to implement international BIM standards within a UK context.

NBS has suggested that adopting BIM can cost a practice £10,000 per workstation (ref. NBS: National BIM report 2012). However, this depends on whether implementation is simply an exercise in buying hardware and software and then training staff to use it, or whether it is part of a wider process of business change.

The justification for this cost is in the value that adopting BIM brings to a project throughout its life-cycle. The BIM Task Group suggest that '...if successfully implemented, (BIM) will help organisations strip the waste from their processes which in many cases could be in the bandwidth of 20-30%' (ref. BIM Task Group FAQ's).

The requirement for the adoption of BIM in the public sector has led to an increase in uptake, meaning that the UK now ranks alongside Singapore, USA and Scandinavia (in particular Finland) in terms of BIM usage. Adoption of BIM in the UK is most common among architects and larger contractors, while there is less take-up by services engineers, facilities managers and smaller contractors.

However, the 2017 Construction Manager BIM survey revealed 49% of clients did not make BIM a requirement on projects, and only 20% said they asked for BIM Level 2 on all projects, and a survey of 173 manufacturers published by NBS in conjunction with the Construction Products Association (CPA) in November 2017, found that more than half felt the BIM mandate had not been successful because of a lack of rigorous enforcement. (ref. https://www.thenbs.com/knowledge/nbs-manufacturers-bim-report-2017).

In May 2018, the NBS 2018 National BIM Report found that 62% did not think the government was enforcing the BIM mandate. Ref https://www.thenbs.com/knowledge/the-national-bim-report-2018

The 2019, the NBS National BIM Report found that 69% of respondents were aware of and using BIM. However, the report suggested there was an emerging two-speed industry, and that there was a fall in awareness of government activity. https://www.thenbs.com/knowledge/national-bim-report-2019

Fundamentally, the purpose of BIM is to ensure that appropriate information is created in a suitable format at the right time so that better decisions can be made throughout the design, construction and operation of built assets. It is not about creating a 3D model for its own sake, and it is not an add-on process. BIM is fundamental to the way a project is set up and run.

BIM centres around the creation of employer's information requirements (EIR), which define the information that the employer wishes to procure in order to develop and operate a built asset. Setting this out in a contract document ensures that appropriate information is created in a suitable format at the right time.

Very broadly, building information that might be required is categorised as:

At level 2, building information models are likely to comprise a series of federated models prepared by different design teams, including model files, documents and structured data files containing non-geometric information about the facility, floors, spaces, systems and components. Together these create a digital replica of the built asset that starts by representing design intent, but by handover, reflects what has actually been built and installed.

The creation of a geometric model as part of this process allows buildings to be conceived collaboratively and tested virtually, before they are built and operated for real. This should reduce the problems that are encountered in construction and occupation. See clash avoidance for more information.

These models are created from a series of parametric objects. Each object is defined only once and then placed in the model in multiple locations as required. If the object is then changed, these changes will appear throughout the model. This makes models automatically consistent and reduces errors. See parametric modelling for more information.

The common data environment (CDE), is the single source of information for the project, used to collect, manage and disseminate documentation, the graphical model and non-graphical data for the whole project team. Creating this single source of information facilitates collaboration between project team members and helps avoid duplication and mistakes.

According to the NBS National BIM Report 2017, the most popular drawing tools are:

A number of reference protocols, standards and tools have been created in the UK to help the industry adopt level 2 BIM, including: 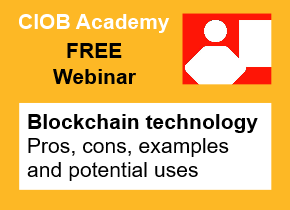 A comprehensive BIM standard protocol for projects has been produced by the Construction Industry Council CIC/BIM Pro first edition 2013. Published in February it can be downloaded free as a PDF document. It covers:*principles and how it works

"Between 1996 and 2006 there was a 25% increase in the retail price index cost with construction costs rising by 89%”. In a recent 2011 report by McGraw Hill, research showed that a quarter of large projects finish late and a fifth over budget by at least 15% with 11% resulting in legal disputes. Of the 35 multi-national firms interviewed 71% of respondents thought BIM (building information modelling) helped to decrease project risk by offering substantial opportunities to increase efficiency. In May 2011 the UK government announced a new Construction Strategy with the aim to“reduce whole-life costs of buildings and infrastructure by 20%, and achieve reductions in CO2 emissions” '...Government will require fully collaborative 3DBIM (with all project and asset information, documentation and data being electronic) as a minimum by 2016'

As a Project Manager I would be interested in discussing the challenges that arise from implementing BIM, what applicable software platforms are available and how BIM is evolving as a result of the Mandatory requirement imposed by the Government.