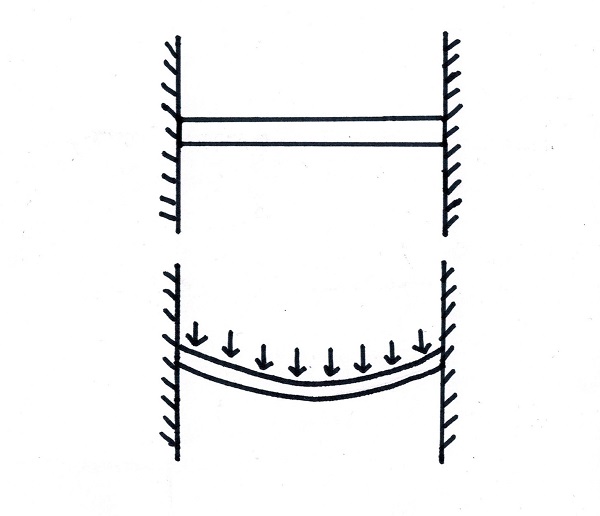 A bending moment (BM) is a measure of the bending effect that can occur when an external force (or moment) is applied to a structural element. This concept is important in structural engineering as it is can be used to calculate where, and how much bending may occur when forces are applied.

The most common structural element that is subject to bending moments is the beam, which may bend when loaded at any point along its length.

Failure can occur due to bending when the tensile stress exerted by a force is equivalent to or greater than the ultimate strength (or yield stress) of the element. However, although the mechanisms are different, a beam may fail due to shear forces before failure in bending.

If a beam is not well-restrained, a bending force may cause it to rotate about a pivot point.

To calculate the bending moment, the magnitude of the force is multiplied by the distance of the force from the point of support.

This happened to my roof which is sagging now. What is the outcome, will it collapse? It is 2 years old.

If you are concerned about your roof, you should get a structural engineer to inspect it as soon as possible.